A renowned American electronics store, RadioShack, has confirmed that it is switching its business model to focus fully on decentralized finance. 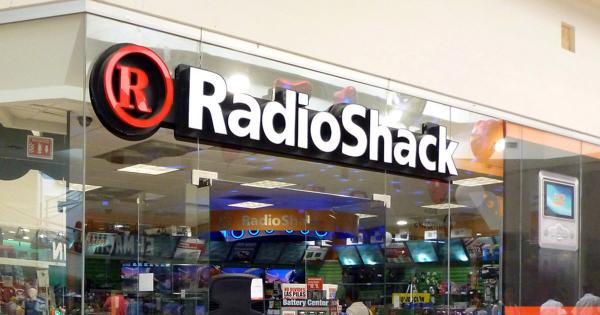 Tai Lopez, the Executive Chairman of the venture, had previously hinted at this on December 11 where he revealed that his firm could be looking to tap into the innovation in crypto.

According to him, “taking RadioShack on the blockchain, it’ll be the first huge mainstream brand that flipped completely into crypto.” At the time, he also teased the proposed launch of Atlas USV.

What are the odds the world economy flips to a majority crypto currency? Not as crazy as it seems.

I’m bringing my rich crypto friends on a Zoom training seminar this week (it’s free for those who join quickly).

Per available information on the website, the firm has a partnership with Atlas USV (Universal store of value), a DeFi protocol that allows developers to build applications.

RadioShack plans to begin its DeFi journey by building a decentralized exchange (DEX) like SushiSwap which uses liquidity pools, this means that digital asset holders would be allowed to trade for other assets directly.

Before pivoting to crypto, RadioShack used to operate as a one-in-all electronic store. However, the growth of e-commerce forced it out of business, forcing it to file for bankruptcy twice, once in 2015 and the other in 2017.

According to the company, the name of the said DEX is RadioShackSwap, and it will also come with the launch of its native token called RADIO. The company urged interested members of the public to sign up for a notification of the launch, as 10 billion RADIO tokens would be distributed.

“RadioShack DeFi will be the bridge between the CEO’s [sic] who control the world’s corporations and the new world of cryptocurrencies.”

Interestingly, Atlas USV belongs to the duo Alex Mehr and Tai Lopez. Also, the duo completed the acquisition of RadioShack in 2020.