Donations have quadrupled this year and have set a new record. 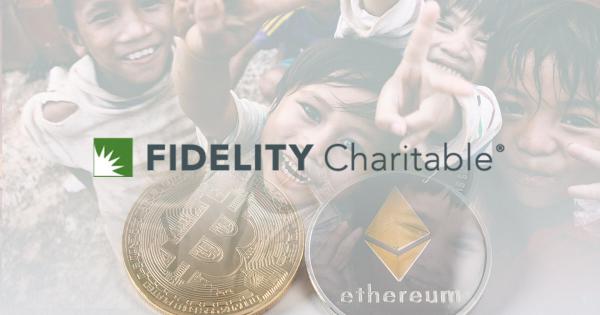 Photo by Larm Rmah on Unsplash

Fidelity Charitable, the largest grantmaker in the US under the Fidelity Investments banner, has reportedly accepted approximately $270 million via crypto donations since the beginning of 2021, it said in a release.

Founded in 1991, Fidelity Investments Charitable Gift Fund (Fidelity Charitable) is the largest public charity in the United States that holds assets worth $30 billion under management (2019).

The figures represented are also displaying an 860% increase from the $29 million in cryptocurrency that it had previously received in 2020.

As per British business newspaper AM, the company could easily surpass the $300 million milestones if it continues its original pace of accepting donations in cryptocurrency.

The organization had first broken records of accepting such offerings in 2017 when multiple organizations and entities have contributed significantly to Fidelity—which helped the company acquire $69 million in donations.

“You can have a situation where somebody donates cryptocurrency, and if we don’t sell it right away, it could lose 20% of its value in a day,” Oomen explained.

Although crypto donations are considered a smart alternative to other traditional offerings, such donations can also be proven tedious for many such charities.

In one such instance, Ethereum Co-founder Vitalik Buterin made headlines when he donated roughly $1 billion worth of Shiba Inu tokens (SHIB) to India’s Covid relief fund. Buterin also donated 500 ETH, which amounted to roughly $1 million at the time.

However, in an interview with Bloomberg, Sandeep Nailwal, founder of the recipient charity in India, commented that crypto funds received via Buterin were delayed primarily due to the local regulatory intervention that temporarily disrupted their ability to clear crypto donations.

Moreover, due to the extremely volatile pricing of crypto, out of $1.1 billion which were originally received, only $20 million could be redeemed when the funds were finally cleared in June, with another $20 million stuck in the pipeline.