Fears grow over new wave of CeFi bankruptcies: Nexo distances itself from FTX

Speculation continues to mount over which CeFi lending platform is next to succumb as Celsius, Voyager, and others did following the UST de-peg. 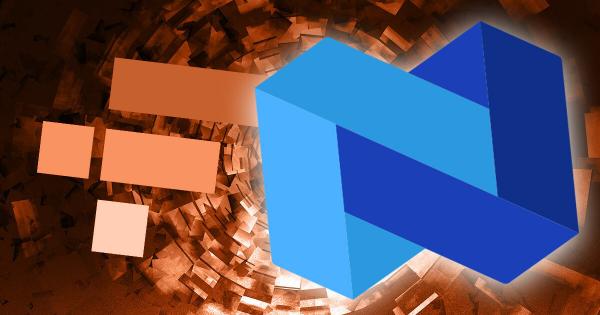 As the saga of FTX’s utter collapse continues, Nexo tweeted that its exposure is zero following the recent withdrawal of its total balance held with the troubled exchange.

.@Nexo has $0 net exposure to FTX/Alameda.
As a conservative institution with stringent risk controls @Nexo has safeguarded *all* funds by withdrawing its entire balances from the exchange over the past few days, as evidenced by on-chain data:https://t.co/py8fzBDKbP
1/

On November 8, as FTX conceded insolvency, the issue of crypto contagion re-reared its head. As demonstrated by the collapse of the Terra ecosystem in June, the cryptocurrency industry is closely interlinked.

Binance jumped in to save FTX from the liquidity crunch by announcing plans to acquire it outright, but FTX’s situation was more dire as the exchange giant pulled out of the deal barely a day into due diligence procedures, noting a mishandling of customer funds at the exchange as well as impending US regulatory investigations and stating that “the issues are beyond our control or ability to help.”

Speculation continues to mount over which CeFi lending platform is next to succumb as Celsius, Voyager, and others did following the UST de-peg.

Nexo seeks to reassure its users

Earlier on Nov. 9, Nexo co-founder and Managing Partner Antoni Trenchev reiterated the above tweet, saying his company now has no exposure to FTX. He also added a “small Alamdea loan” was liquidated.

While @Nexo has $0 exposure to FTX/Alameda, as we have withdrawn all balances and liquidated the collateral for the small Alameda loan ahead of time, our sympathies go out to all directly or indirectly affected by the recent events.https://t.co/OGov0Gjql9
1/

Trenchev also took the opportunity to say Nexo’s assets exceed its customer liabilities per real-time audit provided by Armanino LLP, and that its native NEXO token makes up less than 7% of its assets.

More than a year ago, @Nexo & @ArmaninoLLP pioneered a real-time audit of Nexo’s custodial assets, showing that our assets (of which $NEXO tokens are <7%) exceed customer liabilities.
We have challenged more companies to go through а similar process https://t.co/V3uZExIuQV
2/

However, given the frequency of instances where users have been assured everything is fine, only for it not to be, such assurances have understandably become viewed with skepticism.

Dirty Bubble Media posted a thread challenging Nexo’s claims. It questioned the efficacy of Armanino’s audit procedures, saying the firm does not provide an opinion, only that it has viewed records in which assets exceed liabilities.

The thread also mentioned the lack of transparency and detail on “specific holdings, the amount in each category, the types of assets owed.” Meaning readers lack sufficient information to form an opinion on balance sheet health.

This is especially the case with loans, with documentation omitting an assessment of the risk of non-repayment.

“Armanino simply looks at Nexo’s loan agreements and says, “yup, they have an agreement for X to pay them back!” There is no assessment of the LIKELIHOOD these loans are repaid.“

The final point made concerns the statement, “assets exceed liabilities.” Dirty Bubble Media says there is no indication of by how much.

CryptoSlate reached out to Nexo for comment, but no reply was received at the time of press.

A tweet from Lars Hoffmann, Research Director at the Block, showed a screen grab from Crypto.com informing of the suspension of USDC and USDT withdrawals and deposits on the Solana blockchain.

Anyone else just got this? pic.twitter.com/LmX5LtXV4x

However, it appears to be isolated to the Solana blockchain as the notice stated that USDC and USDT withdrawals are available via other chains, such as ETH.

At this stage, it is not known whether this is a temporary network problem or if deeper, more enduring factors are at play.

The Nexo token is the world’s first dividend-paying asset-backed security token and is backed by the underlying assets of Nexo’s loan portfolio.