John Bollinger, the famed technical analyst, believes Bitcoin could be heading down for lower. 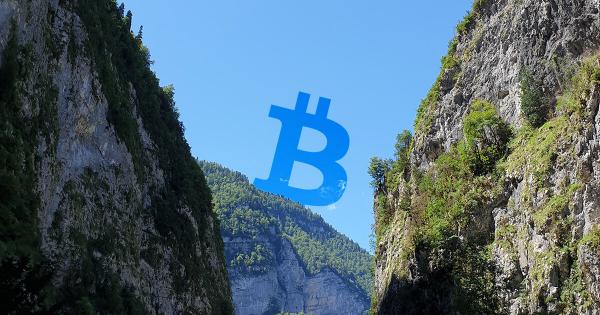 Photo by Mikhail Purosov on Unsplash

John Bollinger, the famed technical analyst, believes Bitcoin could be heading down for lower. On the day, BTC dropped 4.5% since its peak following the explosive rally of the U.S. stock market.

Bitcoin, gold, and other stores of value sharply pulled back after Pfizer reportedly announced a major vaccine milestone. Pfizer said its study on 44,000 individuals has shown its vaccine is highly effective.

Upon the news, the U.S. stock market soared, reading Bitcoin and gold to plummet in a short period.

Why does the Bollinger Band suggest consolidation?

The Bollinger Band is a technical indicator developed by Bollinger in the 1980s that show support and resistance zones.

If the price of an asset hits the upper band, it suggests it is overbought. Vice versa, if it drops to the lower band, it indicates an oversold trend.

Following a prolonged rally since September, the daily chart of Bitcoin is now hovering just below the top of the Bollinger Bands. Bollinger wrote:

“Short-term topping pattern at the upper Bollinger Band suggests a correction of the recent gains and/or some consolidation.”

Bitcoin achieving the top of the Bollinger Bands coincides with testing the $16,000 resistance area for the first time since 2017.

In the past week, Bitcoin has steadily treaded below $16,000, repeatedly testing it. But, each time it neared the level, it saw a sharp pullback. This trend indicates whales are increasingly bidding on the $16,000 area.

Considering the high level of selling pressure at $16,000, a break out above it would likely result in an attempt at a new record-high. However, until it gets broken, BTC would likely remain at risk of consolidation.

Analysts unfazed about the long-term trend of Bitcoin

In the long term, analysts remain unfazed by the price trend of Bitcoin. PlanB, the creator of the S2F model, said “strong hand buyers” and algorithms would push BTC higher. He said:

“Now watch how those bitcoins that some dumb weak hand sellers sold in big chucks last 4 hours will be sucked up by strong hand buyers with hundreds of smart small 0.01 BTC algorithm buys. Those BTC will disappear in deep cold storage.”

A consistent narrative that has supplemented the Bitcoin rally throughout 2020 has been the surging institutional demand. The assets under management (AUM) of Grayscale is nearing $8 billion, as institutional inflows continue to increase.

The confluence of the consistent accumulation of Bitcoin by institutions and the repeated retest of the most critical technical level at $16,000 could reduce the probability of a major pullback.

Bollinger also emphasized that a consolidation phase might emerge, not necessarily a large correction.

Typically, consolidation closely below a major pivotal area is considered an optimistic price trend. As such, as long as Bitcoin remains close to $16,000, its macro and high-time frame technical structure remains positive.