Over the past week, the global crypto market has recovered tremendously and is now proving all of the naysayers wrong. 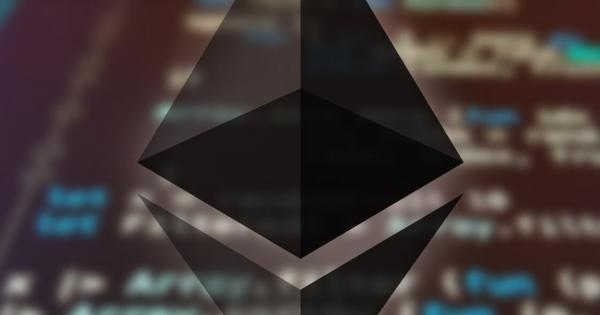 Photo by Ilija-Boshkov on Unsplash

Over the past week, the global crypto market has recovered tremendously and is now proving all of the naysayers wrong. Of course, in the midst of all this,  many positive changes have also been taking place behind the scenes – with Ethereum developers announcing that they will soon update the network’s consensus protocol to the eagerly awaited proof of stake algorithm.

Known as the Ethereum Improvement Proposal (EIP) 1011, developers announced on Friday that the update is part of a long-term plan to move ETH away from the energy-intensive proof of work mining protocol.

What the change entails

As things currently stand, Ethereum makes use of the standard mining consensus algorithm, otherwise known as proof of work.

However, Ethereum creator Vitalik Buterin and his development team have actively worked towards switching to the new proof of stake (PoS) model. The proof of stake model is far less energy-intensive and substantially reduces the risk of a 51% attack on the Ethereum network.

For individuals who wish to participate in Ethereum network validation, moving to PoS will require them to store their ETH in a wallet through the process of ‘staking’. If an actor does not follow consensus rules and is malicious towards the network, he/she risks losing all of their staked Ether.

The team refers to the transition from PoW to a PoS-PoW hybrid system as Casper; but as of now, there is no concrete date as to when this change will be implemented.

When EIP 1011 comes into effect, Ethereum will take its first steps towards deploying a unique framework that brings together the best of both worlds —  an approach that was previously discussed in the company’s vision plan.

While the crypto community is looking forward to Casper’s release, the technology remains a topic of debate among stakeholders. Security experts from firms such as VMware have called Casper “weak and vulnerable” by citing certain flaws intrinsic in its source code. Meanwhile, miners protest the move as it eliminates a large portion of revenue supporting the Ethereum network.

In defense of the EIP, Danny Ryan, one of EIP 1011’s primary authors, announced to a gathering of fellow developers that the proposed change is now “ready for review” and that testers are free to suggest revisions.

Ryan also went on to add that development work for the Ethereum client is scheduled to commence soon, stating:

“As the pieces of this puzzle are getting closer to being completed, it is now time to start talking about fork block numbers. In terms of testing … I don’t know when exactly that happens. I, therefore, leave the EIP up for discussion a little bit longer before we start doing our testing.”

With this important change coming to Ethereum’s consensus algorithm, users need to understand that Casper is not compatible with the existing Ethereum source code; therefore the switch requires a network hard-fork at some point in the future.

While testers and Ethereum developers continue to debate on how this change will affect the network, it is unlikely that the impact can be known until Casper is released on the Ethereum mainnet.