The past few weeks have seen so-called “yield farming” gain popularity throughout the Ethereum ecosystem. 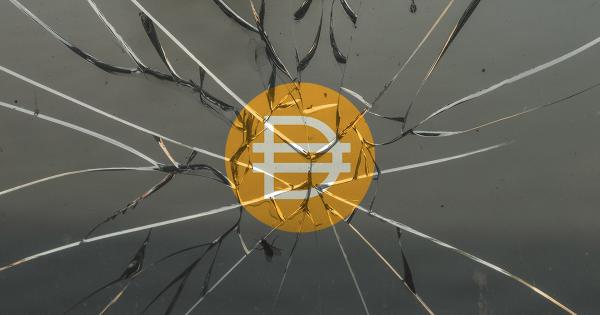 Photo by Thomas Dumortier on Unsplash

The past few weeks have seen so-called “yield farming” gain popularity throughout the Ethereum ecosystem. Yield farming, in short, is the act of maximizing the yield one makes via decentralized finance (DeFi) applications.

So far, yield farming has arguably been a good thing for the Ethereum blockchain. Blockchain analytics firm Santiment reported on Jun. 29 that the number of daily active Ethereum addresses just hit a two-year high, somewhat shy of the all-time high.

Yet a proposed change to the Compound DeFi protocol purportedly threatens to upset the stability of the DAI stablecoin and the MakerDAO ecosystem.

And that isn’t good for the DeFi ecosystem.

Before we get into the details, some background: in the middle of June, leading money-market DeFi protocol Compound publicly released their native token, COMP.

COMP is an Ethereum-based governance token that allows its holders to influence the direction of the protocol. But that isn’t what’s interesting about it. What’s interesting is that it can be “mined” by users of Compound by lending or borrowing cryptocurrency.

This system is effectively the origin of yield farming.

Yet, yield farming is set to change.

Last week, a user revealed a COMP distribution patch that will change how the token is distributed. As it’s somewhat complicated, the long and short of the change is that it is implemented, it will remove leverage from yield farming while also aiming to more equally distribute the altcoin.

According to Cyrus Younessi, a risk analyst at Maker (the team behind MakerDAO), this change could have a disastrous effect on the stability of the DAI stablecoin, algorithmically pegged to the U.S. dollar.

As it stands, DAI has been largely kept out of the yield farming equation due to the low yields offered when using this market (image below).

Yet with the patch, which has been unanimously agreed on by COMP holders, Younessi believes that DAI will become one of the most important assets to Ethereum yield farmers.

“Due to the high APY for COMP farming (circa ~70-100% APY), there is a chance (likelihood, even) that we see an unprecedented demand for Dai. Much of the natural supply for Dai could also be locked up in COMP farming, thinning out sell-side orderbooks.”

That’s to say, DAI could lose its peg to $1. Younessi further explained that DAI could break its “peg sharply,” forcing the cryptocurrency further off its peg as DAI demand explodes due to the Compound’s incentive structure.

If the stablecoin had a high price and little liquidity on exchanges, the DeFi ecosystem is threatened. Crypto fund Parafi Capital wrote after the DAI peg broke after March 2020’s crash:

“DAI remains very thinly traded across both centralized and decentralized exchanges… As shown on Black Thursday, a lack of DAI liquidity can have damaging effects on MakerDAO and the broader DeFi ecosystem.”

With Compound incentivizing users to take DAI off exchanges and use it to yield farm, liquidity dries up, prices are likely to rise, and a series of second-order effects appear for Ethereum users.

There’s a reason why Adam Cochran, a partner at MetaCartel Ventures and a professor at a computer science-focused college in Canada, called DAI “DeFi’s biggest risk.”