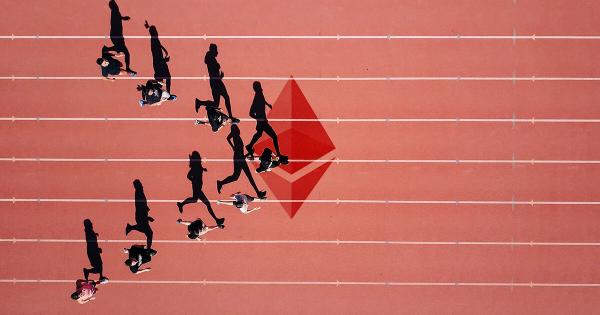 This in itself is a sign of tremendous growth amongst its user and investor base, and the fact that 40.32 million of these addresses actually hold an ETH balance is even more striking.

Data shows that this number is actually significantly higher than that seen by Bitcoin.

This growth is also likely to continue strong in the days and weeks ahead, as the looming transition towards ETH 2.0 could onboard even more investors into the Ethereum ecosystem.

Ethereum’s investor base sees massive growth, surpassing that of Bitcoin

Ethereum’s immense utility has been an impetus for tremendous fundamental growth over the past few years.

The bourgeoning DeFi ecosystem saw a parabolic advance in 2019, with stablecoin issuance on the ETH blockchain surging in 2020.

The rapid development of Ethereum’s utility has led to an influx of users and investors – a trend that is emblematic while looking towards the cryptocurrency’s unique address count.

According to data from analytics platform IntoTheBlock, there are currently 119.63 million unique addresses.

Of these, they note that roughly one third (or 40.32 million) contain an ETH balance.

“Ethereum just reached a new milestone as there are 119.63 million unique addresses. And from those, 40.32 million addresses have a balance in ETH.”

This growth alone is impressive, but an even more striking figure is that this number is 33.4 percent higher than the number of Bitcoin wallet addresses with a balance.

“This number is 33.4% higher than the number of addresses with a Balance in the Bitcoin blockchain (30.21m addresses).”

It is probable that this large investor base has been fostered by the utility the cryptocurrency has built throughout the past few years.

ETH investor base to continue growing as 2.0 transition nears

The testnet launch of Ethereum 2.0 expected to occur in the coming several months may also help usher more users into the ETH ecosystem, thus fueling the rise in unique addresses with a balance.

Because the updated blockchain will feature a Proof-of-Stake consensus mechanism, users with over 32 ETH will be able to stake these tokens and receive annual rewards for doing so.

CryptoSlate showed in a report from yesterday that this has already sparked an accumulation trend, and it is a strong possibility that this trend will pick up steam as the testnet launch nears.

The genesis validator nodes will receive significant annual staking rewards of 20 percent, but this number will see a sharp decline to 6.6 percent once a total of five million Ethereum has been staked.