Ethereum is just months away from the first step towards its highly anticipated transition away from a Proof-of-Work (PoW) consensus model and towards Proof-of-Stake (PoS) in ETH 2. 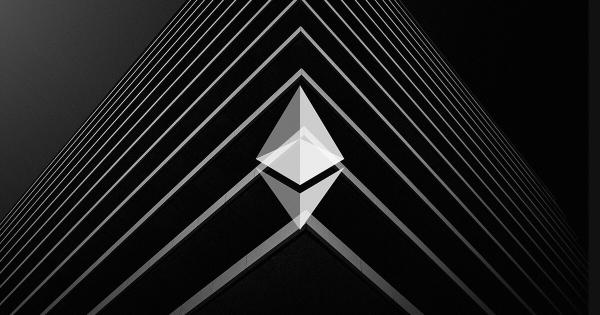 Ethereum is just months away from the first step towards its highly anticipated transition away from a Proof-of-Work (PoW) consensus model and towards Proof-of-Stake (PoS) in ETH 2.0.

This transition is slated to take place at some point in Q3 of this year and will happen gradually. The first step will be a launch of the ETH 2.0 testnet, and investors will ultimately have to start transitioning their tokens onto the new version of the blockchain.

One of the most anticipated features of Ethereum 2.0 is the ability it offers users to stake their tokens in exchange for rewards.

The requirement to stake is 32 ETH, and data shows that investors are busy at work accumulating in order to meet this threshold.

The Ethereum quantity required to run a validator node in ETH 2.0 appears to have sparked a trend of massive retail accumulation of the token.

According to recently released data from Arcane Research, Ethereum wallets containing over 32 ETH have seen massive growth as of late.

Currently, there are over 120,000 wallets containing – at a minimum – 32 Ethereum, and this number has grown by 13 percent over the past year.

Data and news aggregator Unfolded spoke about this in a recent tweet, while referencing the research from Arcane.

As the imminent transition to the updated blockchain begins, it is a strong possibility that this number will incur even more rapid growth, and this accumulation trend could spark a notable price surge.

The accumulation pattern seen amongst investors may not be the only byproduct of Ethereum 2.0 that helps lead the cryptocurrency higher in the near-term.

Josh Olszewicz – a respected analyst who focuses primarily on cryptocurrencies – recently explained that ETH is “coiling” for a big movement against its Bitcoin trading pair as it begins moving into its 2.0 phase.

Among other things, he notes that its Ichimoku Cloud is leaning bullish for the first time since mid-2018, and that it could be on the cusp of confirming a golden cross pattern.

Olszewicz further adds that he is targeting a movement up to 0.035 for Ethereum’s Bitcoin trading pair, which marks a notable climb its current price of 0.025 BTC.