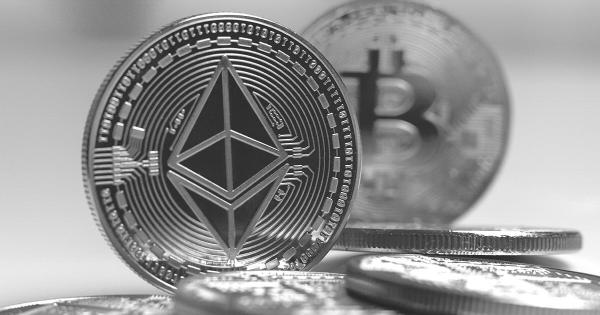 It is an unarguable fact that Bitcoin and Ethereum are the two biggest cryptocurrencies in the world today.  The battle between these two coins dragged on throughout last year and the silent competition between both assets continues to shape the world of cryptocurrency.

To be specific, based on multiple metrics, Bitcoin is currently the largest cryptocurrency in the world and it reached its new all-time high of above $68,000 within the just concluded year. This means that the asset had recorded a 58% growth in value when compared to 2020.

However, despite this impressive return, the performance of Bitcoin is almost insignificant when compared to that of some other currencies, especially Ethereum.

According to available data, the growth of the second largest crypto asset by market cap within this period outstrips that of its more illustrious partner.

Per the data, Ether saw a growth of over 140% within the same period.

A breakdown of this superior growth, based on the quarterly returns, indicates that in each of the four quarters of last year, ETH performed better than BTC. This included when the world was battling an unprecedented pandemic and when the entire crypto market suffered a sell-off.

A cursory look at the quarters would reveal that in the first quarter of 2021, Ethereum recorded a 102 percent increase in value. This was Ethereum’s most successful three-month period performance, and it beat that of Bitcoin throughout the year.

Factors that contributed to Ethereum’s performance

A prominent question many analysts have tried to ask is how Ethereum has been able to outperform Bitcoin and the answer, however, isn’t far-fetched nor surprising to the majority of the market.

This is simply because, throughout last year, numerous factors have acted in favor of the biggest altcoin; with the NFT craze launching gas fees to the sky, plus DeFi attracting billions of users’ funds and the network receiving constant updates.

The introduction of the EIP-1559 update should also be noted as it introduced a new fee structure that made Ethereum deflationary in nature. One of the first deflationary blocks that appeared on the network shortly after that brought less ETH to the network than what was burned.

Meanwhile, Ethereum’s better performance over Bitcoin seems to be far from over.  This is because Bitcoin has entered the new year with the same price action and volatility as last year. Within the last 7 days, Bitcoin has lost 2.6% of its value while Ethereum has recorded a 0.1% increase.