The battle of hardware vs. 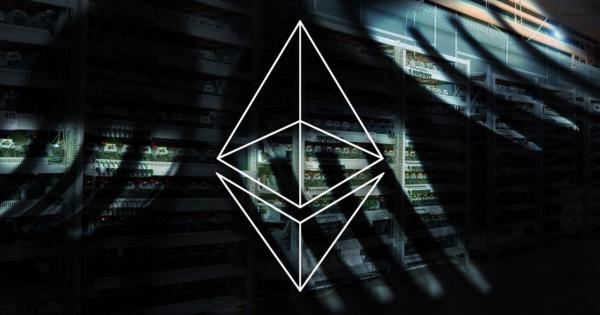 The battle of hardware vs. software has broken out in the world of cryptocurrencies. Just after Bitmain announced the release of an ASIC miner for an “ASIC-Proof” Ethereum, the Ethereum community proposed a hard fork to limit the ASIC’s effectiveness.

Ethereum is currently the premier altcoin and one of the first blockchains to enable smart contracts. A robust architecture, robust developer community, along with strong institutional support have made Ethereum a leading cryptocurrency.

However, when a story was leaked announcing that Bitmain was manufacturing an ASIC designed exclusively for ETHASH (Ethereum’s consensus algorithm) the reaction was evident.

Yesterday, The rumors were confirmed by Bitmain:

We are pleased to announce the Antminer E3, world's most powerful and efficient EtHash ASIC miner.
Ordering limit of one miner per user and not available in China.
Limited stock, order here now: https://t.co/Zfw3afjJHs#antminerE3 pic.twitter.com/SjHu2eUThp

Bitmain seems to care little about the philosophy behind Ethereum and appears to value profits at the expense of the security of the network. This attitude has not meshed well with the developers. Many leaders in the cryptocurrency space are finding ways to avoid the effects of centralization stemming from ASICs and large-scale mining.

The first ones to combat large-scale mining were the developers of Monero and Siacoin who announced a series of hard forks to make mining impossible with the ASICS advertised by Bitmain.

The Ethereum community is taking a similar approach. The community is considering forking Ethereum to make it ASIC-proof even though there is a significant change planned for this year, the switch from PoW to POS, which would make that switch redundant.

In a rare display many of the leading cryptocurrency developers have been in agreement about something: ASICs are a problem that need to be addressed.

A proposal posted on Ethereum’s Github shows that 1027 developers agreed to perform a Hard Fork to avoid ASIC mining while only 42 opposed the measure.

On Twitter, Vlad Zamfir proposed a similar survey. The answer remained in favor of the fork.

Would you support a hard fork that obsceletes ETH ASICs? (Just wondering, this is not a proposal)

This sentiment has also been strongly supported by the Reddit community, even though Casper (PoS) is expected to be implemented within the year.

The problem is that both changes are so close together that some developers prefer to focus their efforts on perfecting ETH’s PoS Algorithm (The ultimate ETH ASIC Killer). According to Coindesk, Vitalik Buterin said he was not particularly worried about the whole ASIC situation:

I’m not convinced it’s worth expending resources caring too much, except to push faster on Casper.

Bitmain may have been using its ETH ASICs before they marketed them.

As a result of the debate generated by the EIP (Ethereum Improvement Proposal), some analyses have emerged on the influence Bitmain could have on Ether prices. Very few provide encouraging results; the evidence shows that Bitmain has had a negative impact on the market.

You have little understanding the way BitMain works. They use ASICs to mine coins long before they release them to the public. Take a look at the ETH difficulty chart over the last few months when it has been impossible to buy GPUs.

The fork proposal is gaining traction but the change is delicate. Nothing is guaranteed at this point.