In the face of uncertainty, Ethereum Co-Founder Joseph Lubin reassures the community that proof of stake is near, and that infinite scalability is on the horizon. 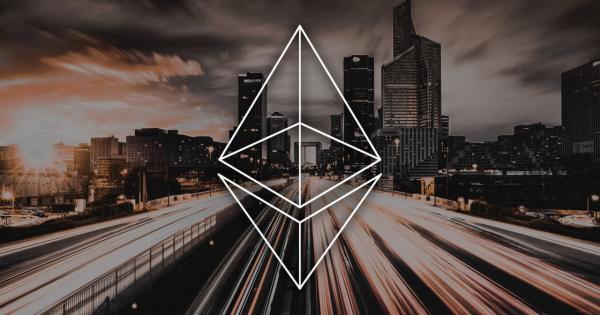 Photo by Clément M. on Unsplash

In the face of uncertainty, Ethereum Co-Founder Joseph Lubin reassures the community that proof of stake is near, and that infinite scalability is on the horizon.

The security and scalability of Ethereum is under stress. ASICs challenge the chain’s decentralization, CryptoKitties are testing its throughput, and other projects are intent on usurping Ethereum’s position.

In the April core developer meeting, Vitalik and others discussed expediting the release of Casper, the foundation of Ethereum’s proof of stake protocol, to combat the threat of ASICs. However, no clear timeline for the release was provided. Sentiment from the team made it appear that it could range anywhere from six months to several years.

In a March, during the Web Summit conference Lubin asserts that proof of stake will launch within the year:

“In the next year we are going to replace proof of work with the much more efficient proof of stake algorithm.”

For such a monumental change a year is blazing fast development. The change to proof of stake would decentralize network and render Ethereum ASICs obsolete.

Not only that, Lubin also says that infinite scalability is on the horizon:

“Several different Scalability mechanisms such as state channels, Sharding, and Plasma will allow Ethereum to scale infinitely in the next few years.”

The confidence of the core developer team is reassuring in a time where dozens of other projects seek to outpace Ethereum.

If Ethereum wishes to maintain its position as the leader of “web 3.0” then hitting these key development milestones will prove critical.

END_OF_DOCUMENT_TOKEN_TO_BE_REPLACED

Joseph Lubin is a Canadian entrepreneur and has founded and co-founded several companies including the Swiss-based EthSuisse, contributing heavily to Ethereum, the decentralized cryptocurrency platform.