The Ethereum ecosystem has recorded substantial growth in its new Q3 report has the network settled over $500 billion worth of transactions. 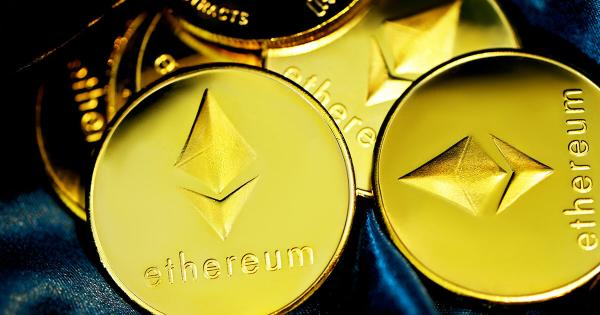 In signs of the continued growth of the crypto industry, Ethereum, the second-largest crypto asset by market cap settled over $500 billion worth of transactions in the third quarter of this year, representing a 389% increase from the same quarter last year.

According to the report released by Bankless Dao, miners on Ethereum saw their revenues rise by 511% as they collectively earned $1.96 billion. To put this in perspective, miners on the network were only able to earn $321 million in 2020 Q3.

A twist to this particular statistic is that with the implementation of the EIP – 1559 upgrade this year, 68% of the earned fees have been burnt by the mechanism meaning that what actually got to the miners is in the range of $620 million.

Apart from the rise in miners’ revenue, Ethereum also saw an uptick in the numbers of the daily addresses on its ecosystem. As of 2020, ETH had a daily active address of 368,467, this year, the number has increased to 457,402.

Per the report, the total value locked (TVL) in decentralized finance (DeFi) surged by 1,242% within the space of a year. Last year, Ethereum-based DeFi protocols had a TVL that was less than $10 billion, that figure now stands at around $124 billion today.

The report noted that the growth of the NFT space played a role in pushing Ethereum gas fees to new heights. “The explosion of NFT mints proved to be a leading cause of elevated gas prices, with spikes reaching as high as 7,300 gwei as seen during the launch of The Sevens collection.”

The report concluded that the coming change of Ether’s consensus mechanism moving from the Proof Of Work (PoW) to a Proof Of Stake (PoS) network will help to drastically reduce the amount of energy being consumed by the asset while also causing a “substantial reduction in the future issuance of ETH.”