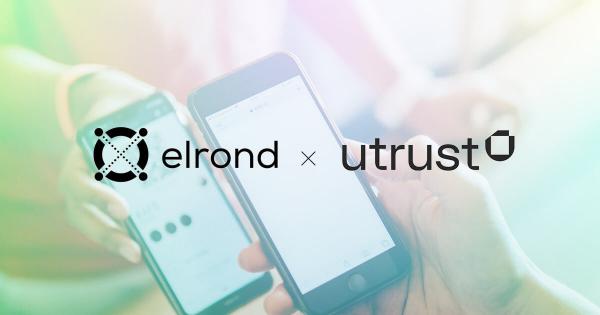 Photo by David Dvořáček on Unsplash

In a press release shared with CryptoSlate, the company said that acquiring Utrust will enable it to revolutionize e-commerce and payments.

Despite the increasing digitalization of the world of commerce, payment processors still offer slow settlement times and extremely high fees ranging from 3% to 11% of each transaction. And while these numbers are negligible in the world of crypto, they often mean the difference between profitability and bankruptcy for many businesses around the globe.

Elrond, a high-throughput PoS blockchain platform, is on a mission to solve this.

In a press release shared with CryptoSlate, the company said its blockchain technology will serve as the backbone for the new, high bandwidth, low latency, inexpensive financial system that will be accessible to anyone, anywhere.

The new financial system will use blockchain technology to make payments “fully natively digital,” the company said. Blockchain-based payments will offer near-instant settlement and high security without sacrificing cost—something the company believes will attract merchants around the world.

“At their best, payments should happen near-instantly, globally, and at a trivial cost. Enabling this for merchants worldwide is our primary goal,” said Beniamin Mincu, the CEO of Elrond Network.

However, attracting millions of merchants around the world will require much more than fast settlement. Elrond’s newest product, called Merchant Yield, will transform digital payments into a scalable revenue stream by enabling merchants to earn on every transaction they receive instead of paying for it.

“The implications are hard to overstate,” Mincu noted.

Sanja Kon, the CEO of Utrust, admitted that the idea of turning payments from a cost into a revenue stream sounded crazy at first.

“After exploring this together with Elrond, we not only realized that this is possible, but also that it is the inevitable future of payments. So we decided to join forces and accelerate the implementation of DeFi payments,” she said in the press release.

5 things to consider when evaluating a new blockchain