The car company was one of the first major businesses to accept Bitcoin earlier this year. It overturned the move later on, but redemption is on the cards. 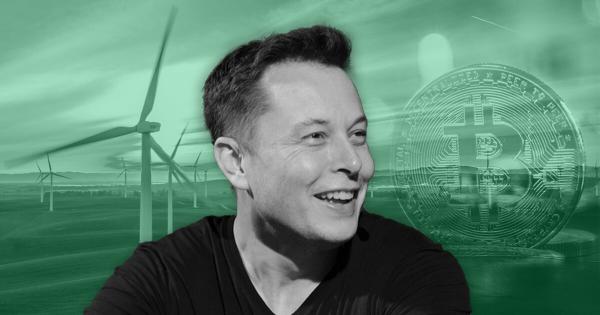 Elon Musk, the CEO of electric carmaker Tesla, said today the company will reaccept Bitcoin payments for its cars provided the majority of miners use renewable sources to run their farms.

“When there’s confirmation of reasonable (~50%) clean energy usage by miners with a positive future trend, Tesla will resume allowing Bitcoin transactions,” said Musk in a tweet.

The firm started accepting Bitcoin as a payment method for its vehicles earlier this year, but just weeks later, said it would cease the service due to the ‘ecological impact’ of using Bitcoin.

Musk also refuted a statement made by Sygnia CEO Magda Wierzycka that claimed he used his position and influence to ‘manipulate’ the prices of Bitcoin.

“Tesla only sold ~10% of holdings to confirm BTC could be liquidated easily without moving the market,” said Musk, shooting down such rumors (the market did, however, move ever since he announced this last month).

Bitcoin, mining, and the environment

This, however, requires massive amounts of energy for the maintenance, cooling, running of the machines. But some say as the source of this is via coal and fossil fuel-powered energy producers, it leaves behind a big carbon footprint for seemingly little benefit to the world.

The above has become somewhat of a PR issue for companies, especially as becoming carbon-neutral and going green has turned into a big narrative for corporations. But the alleged environmental impact of Bitcoin mining somehow goes against this initiative.

Miners, on the other hand, say most farms are run by renewable sources of energy—such as hydroelectric or wind—or even uncanny sources like gas flares and cow manure.

There’s then El Salvador, a Central American country that legalized Bitcoin last week, which has put plans in place to mine Bitcoin via the geothermal energy produced from volcanoes.

Meanwhile, some miner groups are already colluding to self-regulate and make the activity a ‘greener’ one. As CryptoSlate reported last month, top North American miners, Bitcoin firms, and even Tesla CEO Elon Musk formed the so-called ‘Bitcoin Mining Council,’ a consortium of stakeholders with one goal: To use renewable, or waste energy, sources to mine Bitcoin and theoretically cut down on the supposed climate problem.

“Potentially promising,” tweeted Musk in the regard at the time. But for now, the criticism goes on.