The country has embarked on an ambitious project that uses volcanic geothermal energy to mine Bitcoin. And it could be very lucrative. 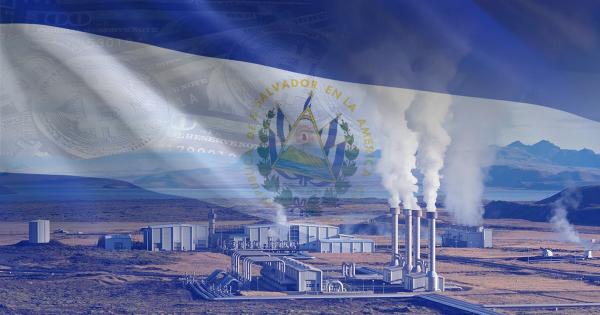 El Salvador’s proposed Bitcoin mine could earn hundreds of millions of dollars each year given the current network state, a top miner pointed out in a tweet today.

The country made history last month after becoming the first-ever nation to recognize and classify Bitcoin as ‘legal tender,’ allowing citizens to legally pay using the asset for all goods and services in the country, including any remittances sent abroad.

It didn’t, however, stop there. President Nayib Bukele revealed soon after the move the country was planning to harness geothermal energy from its active volcanoes to power Bitcoin mining rigs—using ‘clean’ energy to do so while creating a revenue stream for the nation.

The plan is set to generate over 95 MegaWatt (MW) of energy, enough to power a sizable mine.

And that move seems lucrative as of today: “95MW can generate 3 Exahashes which, at current Bitcoin network, is around 1800 Bitcoin in Revenues per month or $750 mln per year,” said Bitfury founder George Kikvadze in a tweet.

He added, “I have zero doubt, this will be the most profitable project in the HISTORY of El Salvador or Central America.”

Dear President @nayibbukele 95MW can generate 3 Exahashes which, at current #bitcoin network, is around 1800 #bitcoin in Revenues per month or $750 mln per year. I have zero doubt, this will be the most profitable project in the HISTORY of ?? or Central America (for that matter)! https://t.co/LZ8vdBElLv

Inside mining and the exodus

The miners are, in turn, rewarded in BTC by the network, some of which is sold to cover costs and ensure a running operation. Each block rewards 6.25 BTC (over $216,000) as of 2021, with the biggest miners generating revenues of millions of dollars each day.

Such incentives are a boon for countries like El Salvador (or any other). Harnessing natural resources could mean an added source of revenue for the economy, one that improves livelihoods, provides jobs, and adds to tax income for the country.

Not everyone is on that path, however. China, former home to the biggest mining operations, recently unleashed its latest round of regulation against Bitcoin-related activities last month.

It caused hundreds of miners to leave the country en masse, resulting in the ‘hash rate’ plunging to multi-year lows and miners searching for newer, friendly regions to set up their operations.

Crypto regulation proposals are ‘in the works’ in more than one Latin American country. 2 min read