The nation recently legalized Bitcoin as legal tender and is buying as much of the asset as possible. 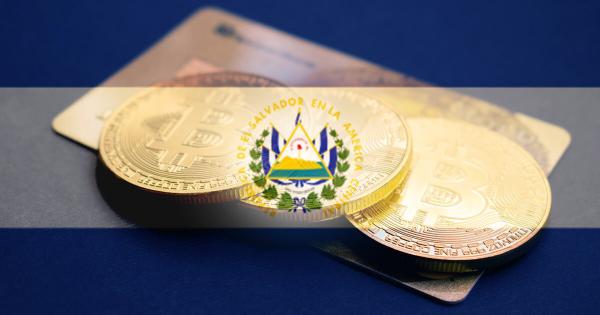 “We just bought the dip. 150 new coins! El Salvador now holds 700 coins,” the tweet read, implying over $6.7 million were invested in the asset. The nation now sits on $31 million worth of Bitcoin as a result.

We just bought the dip.

El Salvador became the first-ever nation to recognize Bitcoin as legal tender earlier this year, a law that went into effect on September 7. Citizens can exchange all goods and services within the country using Bitcoin, a move that has brought even corporates like McDonald’s and Burger King into the fray

But that wasn’t all. President Bukele surprised nearly everyone earlier this month after revealing the country directly held 200 Bitcoin in its treasury. He followed up with another 200 Bitcoin purchase the same day, and with yet another 50 Bitcoin purchase in the days afterward.

The country’s buying spree isn’t finished, at least if today’s tweet is considered. “They can never beat you if you buy the dips,” stated President Bukele on Twitter, displaying an intent to buy even more Bitcoin in the days ahead.

Meanwhile, it’s not like El Salvador’s Bitcoin push hasn’t been met with criticism, both from within the country and other global associations.

The past few weeks have seen some Salvadorans take to protesting against the Bitcoin law. Certain groups have slated President Bukele for “forcing” Bitcoin on his people. Some have even called him a tyrannical leader with no consideration of the democratic process, accusing President Bukele of abusing his power and demanding the abolition of the law.

Some protest messages even read: “Nayib Bukele corrupted,” and “F*ck Bukule and his Bitcoin.”

The strength of feeling is such that some protestors have even resorted to destroying Bitcoin ATMs by setting them on fire.

Then comes the many government bodies who aren’t pleased with El Salvador’s decision to legalize Bitcoin. The IMF and World Bank have, individually, voiced their displeasure about the move, alleging it could even result in economic risks.

In a recent report, S&P Global even pointed out that the consequences of this could impact current attempts at securing money from the International Monetary Fund. They also mention more general concerns of increased “fiscal vulnerabilities,” and in hurting banks due to “currency mismatches.”

“The risks associated with the adoption of Bitcoin as legal tender in El Salvador seem to outweigh its potential benefits,” the agency said. Is El Salvador listening?