Einsteinium: The Road to Recovery

Einsteinium has always been a little bit different than everyone else. Their currency is older than many others – its origins go all the way back to 2014 –  and it remained primarily dormant until 2017 when a new group of developers took over the unique project. 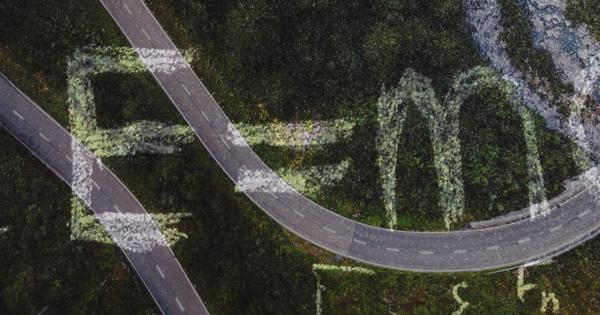 Einsteinium has always been a little bit different than everyone else. Their currency is older than many others – its origins go all the way back to 2014 –  and it remained primarily dormant until 2017 when a new group of developers took over the unique project.

Einsteinium aims to create a fundraising platform that could support academic and philanthropic projects, which is distinct among the crypto space dominated by a p2p ethos and enterprise initiatives.

Of course, that doesn’t mean that Einsteinium is entirely distinct from the rest of the crypto-scene.

New developments have resulted in meaningful price increases from less than $0.01 to around $0.50 by the end of November 2017. That’s when things started to get really crazy.

By the beginning of December, Einsteinium’s digital token – cleverly named EMC2 – soared to over $2. The reasons for this price spike, like so many others, were not wholly organic. December didn’t trigger the charitable instincts of the investment community to send EMC2 through the roof.

2017 created a crypto craze that left enthusiastic investors looking for the next big thing, and many cryptocurrency startups were all too happy to promote their initiatives as such.

Einsteinium isn’t totally innocent in this regard.Their team announced a December hard fork that would reduce the supply of EMC2 tokens by nearly 20% from 300 million to 245 million.

With less supply, many investors rightfully reasoned that the value of the remaining tokens would soar.

While the intent was more nuanced and included the elimination of a wormhole, it was most noted for its impact on the coin price.

On December 10th, EMC2 announced that the hard-fork was successful, and the price began rising even before its completion. Within a week, it hit an all-time-high, before plunging nearly 50% in less than five days. The price never recovered.

Instead, it continued a downward trend to $0.30, which is a significant jump from its earliest price, but it’s a far fall from the height of the hard-fork.

The trouble began before the hard fork even executed. It started on Twitter, as so many controversies do, with a November 30th tweet promoting a “Mind Blowing Announcement.”

EMC2 mind-blowing announcement to be made on December 19th @einsteiniumcoin pic.twitter.com/RDGegNk9zH

The message included a picture of a MacBook and a loose machination of the Apple color scheme. Many speculated that Einsteinium would announce a strategic partnership with Apple, so news that the announcement was actually a network upgrade both underwhelmed investors and infuriated followers.

Despite contradicting this rumor in a subsequent Tweet, the foundation was accused of misleading investors and inappropriately hyping their currency. When coupled with the hard fork price rise and fall, it was a bad look for Einsteinium.

Members of their Reddit community accused Einsteinium of being a scam, and animosity grew as the coin’s value failed to recover.

Learning from Mistakes. Looking to the Future.

To be sure, the scam chatter has quieted, and there is evidence that the development team doesn’t have malicious intentions. For example, most of Einsteinium’s currency is held in the custodial wallet, not by its owners and developers.

In the past year, Einsteinium has learned the hard way that generating hype isn’t the most advantageous way forward. Therefore, they are focused on functionality and new products.

Einsteinium is now finalizing their crowdfunding platform, which is intended to operate like Kickstarter for academic or philanthropic causes. They’ve released an Android Beta version of their social wallet that bears some semblance to Venmo. This app could make it easier for causes to integrate the Einsteinium giving model directly into their platforms.

The Einsteinium team are also focused on making it easier to attain Einsteinium. On April 12th, Einsteinium completed its application for inclusion on Binance, one of the most prominent digital currency exchanges available.

The team knows that they are not competing with crypto juggernauts like Bitcoin and Litecoin and is focused on working on what they do best. As they recently told CryptoSlate:

“Einsteinium is positioning itself to be used for fundraising throughout the world.”

The Einsteinium team has plans in the works for testing their platform with charitable causes and political organizations. In doing so, they hope to demonstrate their platform’s tangible viability.

Einsteinium intends to learn from its mistakes. A more measured social media campaign and a cognizant move away from the hype and toward usability are driving their decisions.

“[Cryptocurrencies] inspire the imagination with their volatility and the price movements. But it is really a distraction from what’s going on, which is an incredible revolutionary technology that has the potential to change the world for the better in so many ways.”

Their future seems focused on this ambition — changing the world by supporting projects that matter the most.