OFAC and FinCEN announced a coordinated effort to sanction three Chinese nationals for an international drug trafficking operation with profits laundered via Bitcoin and Litecoin.

The culprits, identified as Xiaobing Yan, Fujing Zheng, and Guanghua Zheng, were accused of manufacturing and distributing lethal narcotics. These drugs contributed directly to the opioid crisis in the United States, said Sigal Mandelker, under secretary for the Terrorism and Financial Intelligence division.

The Financial Crimes Enforcement Network (FinCEN) ordered a freeze on any property belonging to the criminal organization as well as blacklisting 12 different Bitcoin and Litecoin addresses. The traffickers were also added to the Specially Designated Nationals (SDN) list per the Foreign Narcotics Kingpin Designation Act, giving the U.S. Treasury broad powers to sanction the individuals.

As part of the sanctions, an advisory alert was issued to financial institutions around the globe to help detect and report criminal activity in the future. Here, the United States and the Department of Treasury can leverage their broad powers over the global financial system.

“We are making the financial sector aware of tactics and typologies behind illicit schemes to launder the proceeds of these fatal drug sales, including transactions using digital currency and foreign bank accounts,” said FinCEN director Kenneth Blanco.

“Financial institutions must be on alert to red flags and other indicators of the complex schemes [drug] traffickers are employing so that financial institutions can report and share relevant information with law enforcement, and ultimately help save lives,” he continued.

This is not the first time the Office of Foreign Assets Controls (OFAC) added cryptocurrency addresses to its sanctions list. The agency took action against two Iran-based individuals, who helped exchange Bitcoin ransom payments into Iranian rial, back in November 2018. The Office of Foreign Assets Control blacklisted two Bitcoin addresses that had processed over 7,000 transactions, worth millions of dollars.

Governments will implement greater controls on BTC as concern around cryptocurrency’s use for illicit activity intensifies. As exemplified by Treasury Secretary Steven Mnuchin, the department will police Bitcoin and other coins with “very, very strong” regulations. As summarized in an interview on CNBC’s “Squawk Box, Mnuchin asserted:

“We’re going to make sure that Bitcoin does not become the equivalent of Swiss-numbered bank accounts, which were obviously a risk to the financial system.”

The SEC penalized Russia-based ICO Rating for failing to disclose it was being paid to shill cryptocurrency projects. 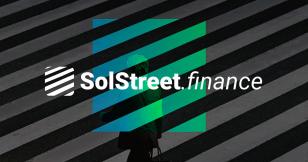 SolStreet is preparing to disrupt the asset management industry by introducing a state-of-the-art protocol that will allow anyone to launch a decentralized investment fund.  Both aspiring and professional fund managers will have the opportunity to provide the most profitable trading strategies to a wide range of customers by setting up their own decentralized, non-custodial investment […]