Decentralized exchange, dYdX, suffered an outage due to its dependence on “centralization” for some of its operations. 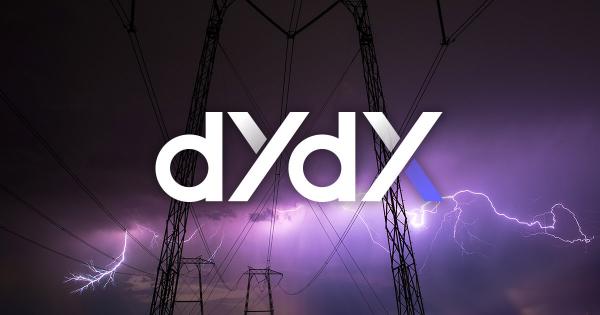 On Tuesday, dYdX revealed that the exchange suffered an outage due to the fact that Amazon Web Services went offline for a brief period. The decentralized exchange confirmed this in a tweet where it revealed that “due to a major AWS outage, dYdX exchange is currently down.”

Due to a major AWS outage, dYdX exchange is currently down. We are experiencing greater latency across services and impaired functionality with endpoints not working and the website not loading.

For the most up to date status updates, subscribe to: https://t.co/EvjpZdRyby

The above wouldn’t have been an issue if the exchange was just another exchange or another website running on the AWS. However, being a project that lays claim to being decentralized, it raises a thousand and one questions about the level of its decentralization.

Speaking on this, the exchange stated that some parts of its operations still rely on centralized services of firms like AWS. Though it noted that its goal is to become fully decentralized so as to avoid a repeat of this scenario.

While the exchange failed to reveal its operations that are currently centralized, a look at the DEX note reveals that it uses a “centralized order book” to match buying and selling orders.

Other crypto projects that suffered from the outage

It is worth noting that dYdX is not the only crypto-related project running on Amazon Web Servers, centralized crypto exchanges like Coinbase and Binance.US were also one of the victims of the outage as users gave scathing remarks about their dependence on a centralized intermediary like AWS.

One Coinbase user wrote that “Imagine if a bank told you that you couldn’t access your money. Jesus Christ Coinbase, get it together — you’re worth over $60 billion,” Binance, on the other hand, drew angry responses on Twitter when it revealed that it was experiencing some issues due to the AWS outage.

Aside from this, a good number of Bitcoin and Ethereum nodes are also being run on AWS though these blockchains appear undisturbed from the recent outage.

Hacker steals $1.8M worth of crypto and NFTs from DeFiance Capital founder

DYDX is a governance token that allows the dYdX community to truly govern the dYdX Layer 2 Protocol. Learn more