On-chain data suggests XRP whales are accumulating at these prices. 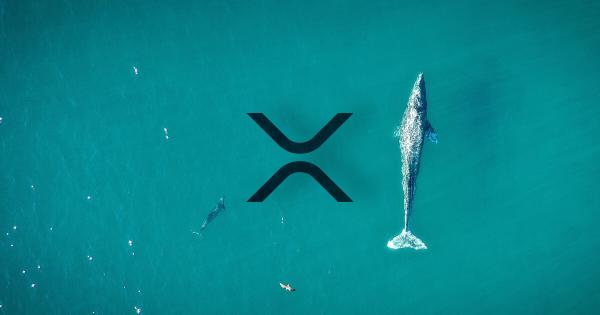 Even since the U.S. Securities and Exchange Commission (SEC) filed a lawsuit against Ripple for an unregistered securities offering in late December 2020, some investors have expressed their fears about XRP.

But a new wave of uncertainty recently struck the cryptocurrency market after sources close to the current Biden administration said policymakers were planning to increase taxes for wealthy investors.

With that backdrop, the “Crypto Fear and Greed Index,” a collective metric that measures current sentiments on the cryptocurrency market, swiftly swung from “Extreme Greed” (79 points) to “Fear” (27) for the first time in more than a year.

It saw XRP-related social sentiment experiencing a substantial decline, reaching the lowest levels since March. It has, however, experienced an uptick in the past few days. This could suggest higher prices in the next weeks: Past data suggests that prices usually tend to trend upwards when social perception is low.

XRP’s supply distribution chart shows that the buying pressure behind the world’s fourth-largest cryptocurrency (by market cap) has risen dramatically over the past five days, even as the social sentiment reached a low earlier last week.

Analytics platform Santiment recorded a significant spike in addresses with millions of dollars in XRP, colloquially referred to as “whales” in popular culture.

Indeed, the number of addresses holding more than 1,000,000 XRP shot up by 1.25%. Roughly 19 new whales have joined the network in such a short period.

The recent increase in the number of large investors behind XRP may seem insignificant at first glance. However, when considering that these whales hold over $1.4 billion in this altcoin, the sudden spike in upward pressure can translate into billions of dollars worth of market cap increase.

The U.S. SEC is accusing Ripple (XRP) of ‘harrassment’