The latest data from Coin Metrics has shown that among the top 12 cryptocurrencies by market cap, Bitcoin was one of the worst-performing major cryptos last week. The bullish case for the world’s largest cryptocurrency is becoming harder and harder to justify, especially when compared to coins such as Tezos and Binance Coin, which saw their prices rise 41 and 31 percent last week.

A strong bullish trend sweeps over altcoins, leaving Bitcoin behind

The crypto industry has seen unparalleled growth in 2020. Aside from a few isolated consolidations, almost every coin on the market has seen its price skyrocket and its trading volume soar since the new year began.

And while many expected this to be the year when Bitcoin finally enters a bull rally that will put its 2017 boom to shame, the world’s largest cryptocurrency still has a long way to go. While the market did come out of the crypto winter, it seems to have entered the alt season instead of the much-awaited Bitcoin spring.

According to the latest State of the Network report from Coin Metrics, most cryptocurrencies have continued their hot start to 2020 into last week. But, while Bitcoin led the way in 2019, we have now seen many smaller-cap altcoins outperform it. The report said:

“Market breadth is quite positive with nearly all assets in our coverage universe holding onto strong weekly gains.”

Ethereum outpaced Bitcoin both in returns and in user growth. The world’s second-largest cryptocurrency posted five days of consecutive positive returns from Feb. 5 to Feb. 9, a pattern that has happened only 21 times in its history. Its active addresses grew by 21.5 percent, while its transaction count grew by more than 12 percent last week, Coin Metrics reported.

It’s not only the altcoins that have seen major growth this year. Coin Metrics noted that the Velocity of one-year active supply (i.e. the supply that has been transacted at least once within the last year) of stablecoins is currently near their all-time highs.

According to the report, the increasing velocity suggests that stablecoins are being used as a medium of exchange more often.

Tezos (XTZ) has been one of the best-performing assets in 2020 in terms of price and realized market cap. The metric can serve as a proxy for investor cost basis, Coin Metrics explained, noting that XTZ’s currently stands at around 60 percent.

The stablecoin saw its price rise by 41 percent in the past week, outperforming every other cryptocurrency on the market, including Bitcoin and Ethereum, which saw their prices rise by 9 and 21 percent, respectively.

Binance Coin (BNB) followed closely with a 31 percent growth in the past week, while EOS and Bitcoin Cash (BCH) saw a 19 percent price spike. 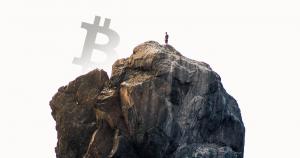 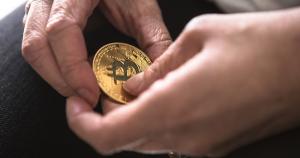 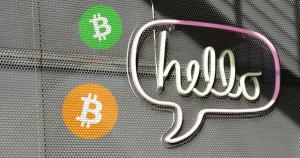