CZ asserts that crypto projects must learn to always communicate with their communities, especially in times of crisis. 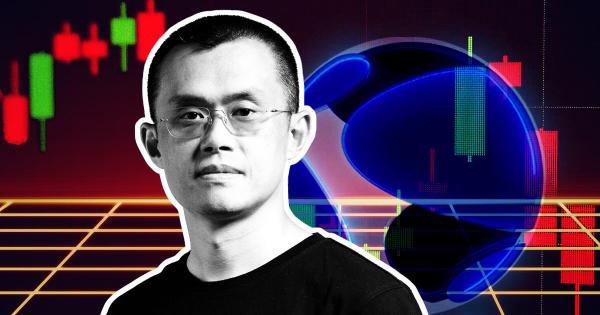 Changpeng Zhao (CZ), the CEO of Binance, the largest crypto exchange by trading volume, has come out to share a few crypto lessons after the crash of TerraForm Labs’ LUNA and UST coins.

In a May 20 blog post, CZ said the UST/LUNA incident was a regrettable one that impacted many people. While he asserted that Binance seeks to protect its users he acknowledged that the exchange did not have any great solutions other than the ones proposed in the community, which had their own shortcomings.

He added that Binance volunteered to let TerraForm Labs focus on compensating retail investors first. Nonetheless, he pointed out that Terra’s collapse left the crypto industry with a lot to learn.

“Theoretically speaking, when you peg to one asset using a different asset as collateral, there will always be a chance for under collateralization or depegging. Even if it is over collateralized by 10x, the collateral asset can crash more than 10x. Nothing is 100% stable (relative to something else) in this world.”

He added that the most stupid decision a project can make is thinking that minting more of an asset can increase its total value. CZ explained that the minting of more LUNA only exacerbated the situation, seeing as this solution only diluted the value for existing token holders.

Apart from minting more LUNA, CZ objected to the use of over-aggressive incentives. He highlighted the case of Anchor Protocol, which offered a 20% APY to foster in-organic growth. According to CZ, incentives can attract investors. However, projects need to generate value to sustain their user bases.

Where did TerraForm Labs go wrong in restoring UST’s peg?

Per CZ, the Terra team was slow to respond to UST’s depegging. He added that the company was not fast in using its reserves to restore the peg. The Binance CEO said TerraForm Labs could have avoided the entire incident if it used its reserves when the de-peg was at 5%.

According to CZ, it did not make sense for the project to use $3 Billion in reserves to recover UST’s peg after the stablecoin had crashed by over 99% (80 Billion). On this note, he shared his second lesson, saying crypto projects should always be responsive when it comes to their operations. Additionally, CZ said projects should always communicate with their communities, especially in times of crisis.

While CZ said he has mixed feelings about Terra’s revival plans, he pledged that Binance would support the community’s decision. Nonetheless, he previously said he is not sure whether LUNA’s recovery plan will work. Specifically, CZ noted that he does not think the plan to fork LUNA would not work because it would not give the fork any value.