CZ said Binance' $500 million investment in Elon Musk's Twitter deal will help bridge the gap between social media and Web3, Ethereum price outperforms other L1 networks, and much more in this edition of CryptoSlate Wrapped Daily. 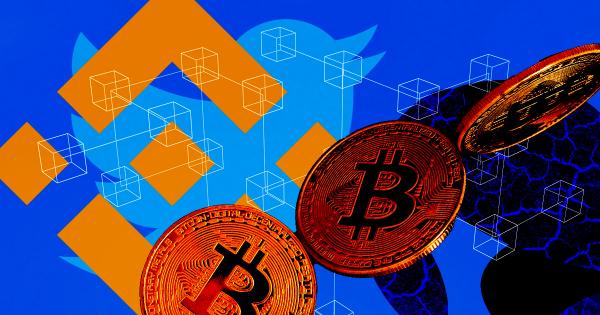 The biggest news in the cryptoverse for Oct. 28 includes Binance making a $500 million contribution to Elon Musk’s Twitter deal, Ethereum outperforming other Layer-1 networks, deBridge introducing a new standard for cross-chain transfers, and Wisdom Tree recording a loss of about 36% in crypto assets in the third quarter.

Binance CEO  Changpeng ‘CZ’ Zhao confirmed that his company supported Musk’s $44 billion deal with a “small contribution” of $500 million. The contribution will help bridge the gap between social media and web3 and drive a wider adoption for the cryptocurrency industry.

It’s been a monumental week for Ethereum after its recent price gains saw it become the 50th most valuable asset globally, and now outpacing other Layer 1 networks.

According to DLN’s design, it will provide on-demand liquidity, thus eliminating the need for protocols to lock up before completing transactions. The DLN infrastructure will help reduce the risk of bridge exploits, as the total value locked in protocols will remain zero.

Investment management firm Wisdom Tree said it lost about $87 million from its crypto holdings to the bear market, according to its third-quarter report.

Between June and September, it recorded about 36% in loss after its crypto holding fell from $265 million to $178 million.

The MECA bill seeks to recognize cryptocurrency as an investment asset in Costa Rica but will exempt crypto miners from paying taxes on their mining profits.

Celsius had requested the court’s approval for it to pay up to $2.9 million as retention bonuses to 62 employees helping out in its restructuring efforts.

The United States Trustee filed moved to oppose the motion stating that it is not logical for a company owing its customers billions of dollars to propose a multi-million bonus plan for employees. It argued that the unnamed employees may as well be insiders of the management team.

The Terra collapse which recorded over $60 billion as losses to investors, has been viewed as an undoing of the crypto industry. However, on-chain metrics analyzed by CryptoSlate suggest that it helped to increase Bitcoin’s long-term holding rate. 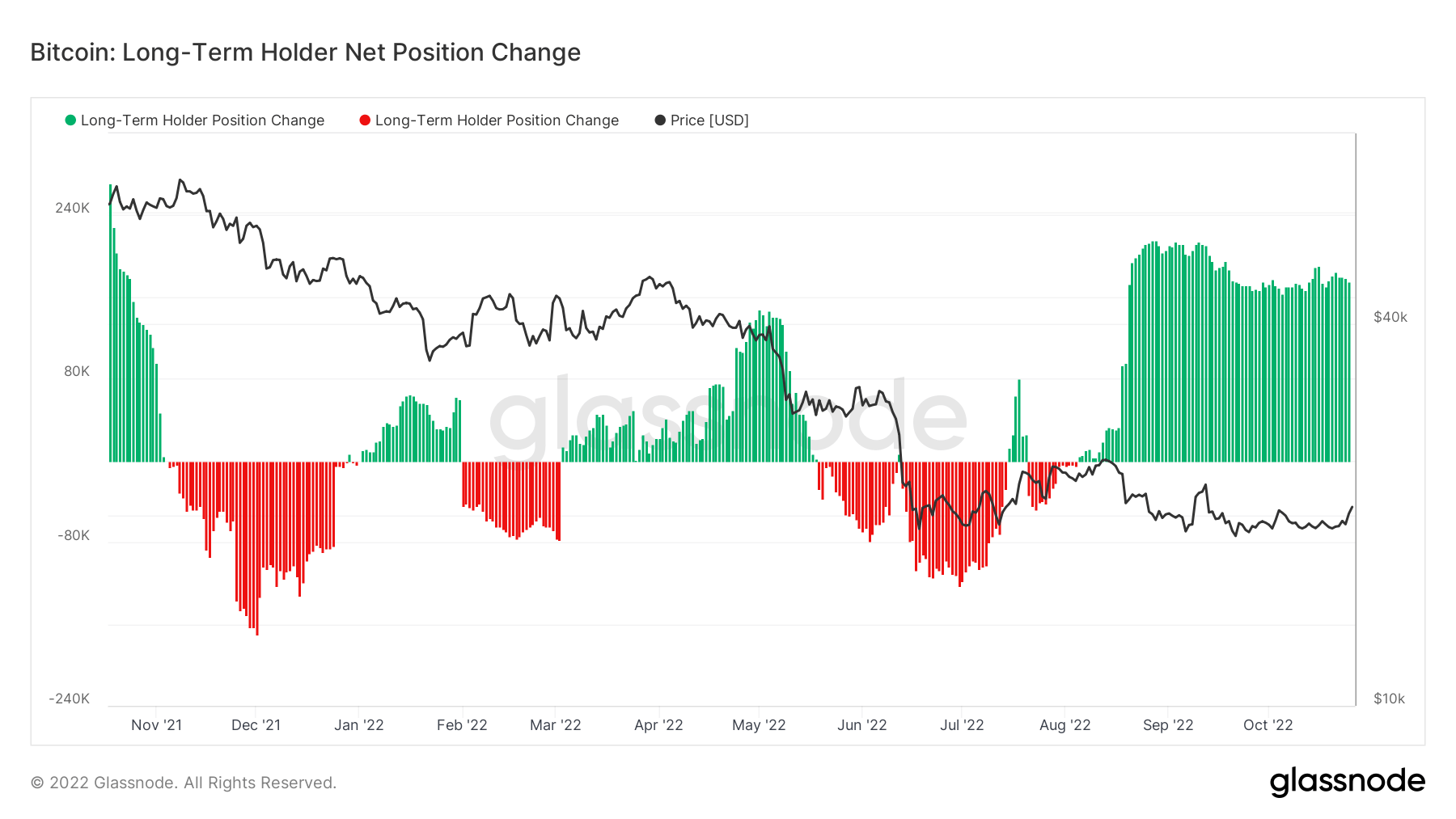 Following the collapse in May, long-term holders declined significantly, however, since the start of September, the Long-Term Holder Net Position has surged to new highs.

Twitter said it will integrate NFTs from Rarible, Magic Eden, DapperLabs, and Jump Trade on Twitter Tiles to make it easier for users to trade NFTs on the go.

A software bug forced the THORChain blockchain to suspend operations on Oct. 27. Roughly 24 hours later, the project team announced that the issue has been rectified and that users’ funds are safe for access.

Sky News reported that the Premier League is offering up to £30 million to NFT platform Sorare,  to help create digital images of footballers across 20 English clubs.

Hong Kong is making a U-turn to its anti-crypto stance after it announced plans to legalize retail trading of cryptocurrencies, Bloomberg reported.

All crypto exchanges in the country will be mandated to obtain a regulatory license before they can offer trading services to retail investors.

END_OF_DOCUMENT_TOKEN_TO_BE_REPLACED

Fruits Eco-Blockchain Project provides an eco-friendly blockchain that aims to revitalize global charity together with athletes.

END_OF_DOCUMENT_TOKEN_TO_BE_REPLACED

OSMO is the token of the Osmosis Hub, first DEX for IBC connected coins built on the Cosmos SDK.

END_OF_DOCUMENT_TOKEN_TO_BE_REPLACED

GENSOKISHI Online, is the new GameFi version of an award winning Nintendo Switch/PS4 game called “Elemental Knights”, that has been vigorously played for 13 years and has accumulated a total of 8 million downloads worldwide.

END_OF_DOCUMENT_TOKEN_TO_BE_REPLACED

Cyber Dragon is a Play to Earn Game based on Binance Smart Chain.