Binance founder CZ confirmed a $500 million equity investment to support Elon Musk's acqusition of Twitter, describing it as "a small contribution" to help realize the new vision for Twitter. 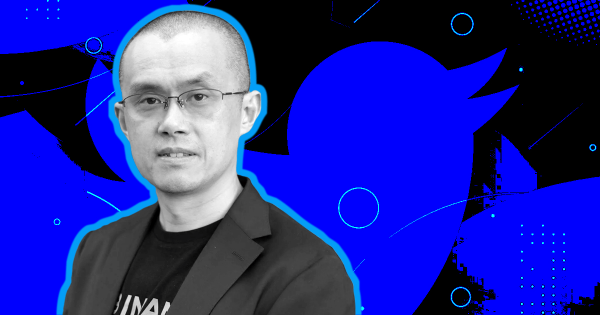 Binance first announced its $500 commitment to support the acquisition in May. 5, 2022.

Musk finalized the $44 billion acquisition of Twitter Inc on Oct. 27, a day before a court-ordered deadline that would otherwise see the Delaware Chancery Court recommence trial in November.

A day before the deal’s closing, the billionaire announced that he acquired Twitter because it is essential to the future of civilization via a tweet. He expressed his concerns about social media censorship and his motivation to promote dialogue as a way past political fragmentation via his acquisition.

Musk wants to shape Twitter as “the most respected advertising platform in the world,” free from low-relevancy advertisements, as well as fake and spam accounts — usually operated by bots. He sees the platform replaced with advertising that strengthens brands and grows enterprises.

Musk estimates that 20% of Twitter accounts are bots, but the two firms he hired to clear the issue — Cyabra and CounterAction — estimate the percentages to be 11% and 5.3%, respectively.

Bots have emerged as a problem among crypto influencer accounts, as even verified accounts with a blue tick are not immune to bots. Vitalik Buterin and CZ’s accounts have been hacked to promote fake giveaway scams of cryptocurrency to gain access to investors’ crypto wallets.

In June, Musk held his first meeting with Twitter employees to discuss plans for the platform following his takeover. He highlighted plans to make Twitter’s anti-bot algorithms accessible for public review and the addition of an optional paid-tier service for identity verification. He also confirmed that cryptocurrency payments would be integrated into Twitter, noting that:

“Money is fundamentally digital at this point.”

Other backers of Musk’s vision