Buoyant demand for CryptoPunks shows revival of interest in NFTs. 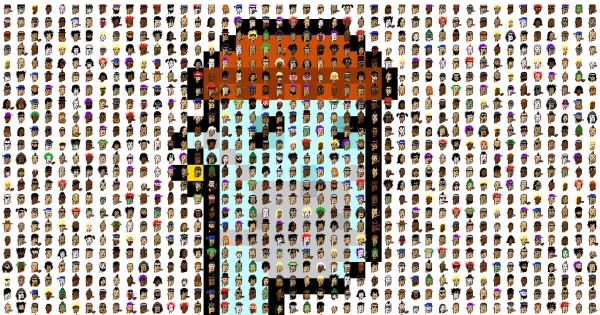 Just when you thought digital art was done and dusted, CryptoPunk NFTs make a resurgence in popularity. That is, at least among Ethereum whales who are willing to stump up the hefty asking prices.

Recent times have seen a flurry of CryptoPunk buying activity. Including internet personality Gary Vaynerchuk shelling out 1,600 Ethereum ($3.7 million) to acquire #2140, described as an ape punk wearing a knitted hat.

Then there’s the mystery buyer who went on a buying spree over the weekend, picking up over 100 CryptoPunks, and spending between 24 and 29 ETH on each in the process. The final total bill came in at a whopping $6 million.

The upshot of this buying frenzy sees the average CryptoPunk price rocket to a rather substantial $135,000. Not bad, considering the creators, Larva Labs, were giving them out for free back in 2017.

What is a CryptoPunk?

The CryptoPunk range consists of 10,000 algorithmically generated “punks,” with no two exactly alike. Lifetime sales come in at $682 million, with 11,155 sales over the last 12 months.

“The CryptoPunks are 24×24 pixel art images, generated algorithmically. Most are punky-looking guys and girls, but there are a few rarer types mixed in: Apes, Zombies and even the odd Alien. Every punk has their own profile page that shows their attributes as well as their ownership/for-sale status.”

To date, the world’s most expensive CryptoPunk, #7804, fetched a colossal $7.5 million in March year. The piece is described as a pipe-smoking hat and sunglasses-wearing teal alien.

The seller, Dylan Field, the CEO and co-founder of the web-based design editing app Figma, bought #7804 for $14,988 in January 2018. Field said although he recognized the potential of digital art, he was still in two minds about splashing out thousands to acquire #7804 in the first place.

“this is probably the stupidest thing I’ve ever done. And I had total conviction in it, which is what I’m going to try to listen to in the future: when I think something’s both really stupid and I have conviction, I think it’s a good sign now.”

Nonetheless, despite the generous payday for Field, he remarked that owning #7804 was something of a paradox, in that only selling for eye-popping sums proves the point that digital art NFTs have value.

Earlier this year, as exemplified by Beeple’s The First 5000 Days selling for close to $70 million, NFTs were riding high. However, since then, trade volumes and active users on NFT platforms have been trending downwards.

Despite Field’s comments about NFTs having value, many still fail to grasp the utility of digital NFT artwork. And that isn’t an issue that will resolve itself over time as cryptocurrency becomes more pervasive in everyday life.

The fact is, as Litecoin founder Charlie Lee said, it costs nothing in both money and effort to create copies of existing NFTs. That being so, Lee likened this situation to artificial scarcity.

As evidenced by the dwindling numbers, market conditions have changed. However, as CryptoPunks shows, interest from the top end of the market is still buoyant.