YouTube is believed to be restricting crypto-related content on its platform and in some cases even deleting the flagged videos. 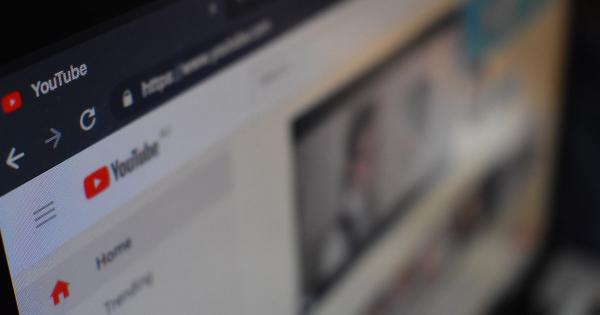 YouTube is believed to be restricting crypto-related content on its platform and in some cases even deleting the flagged videos. According to NextGen’s Chris Dunn, the world’s largest video sharing platform removed most of his crypto videos for being “harmful or dangerous content.” Other YouTube creators reported similar incidents happening to them, too.

The recently updated YouTube community guidelines caused a stir on the platform, causing its creators to protest en masse against the overly restrictive and secretive rules. The first ones that were hit by the new guidelines were conservative creators that dabble in politics but were closely followed by the pro-LGBTQ+ creators.

And while many other channels took a hit having their content either restricted or banned, few expected the new rules would roll over to the crypto-related content on the platform. Chris Dunn, a venture partner at NextGenVP and one of the most popular crypto creators on YouTube, said many of his videos were removed from the platform.

“[email protected] just removed most of my crypto videos citing “harmful or dangerous content” and “sale of regulated goods”… it’s been 10 years of making videos, 200k+ subs, and 7M+ views. WTF are you guys doing @TeamYouTube?!”

According to the screenshots of his strikes, YouTube said his video titled “How I’m Investing Right Now” was removed because it violated its “harmful and dangerous policy.” The strike will prevent Dunn from uploading, posting, or streaming for a week. 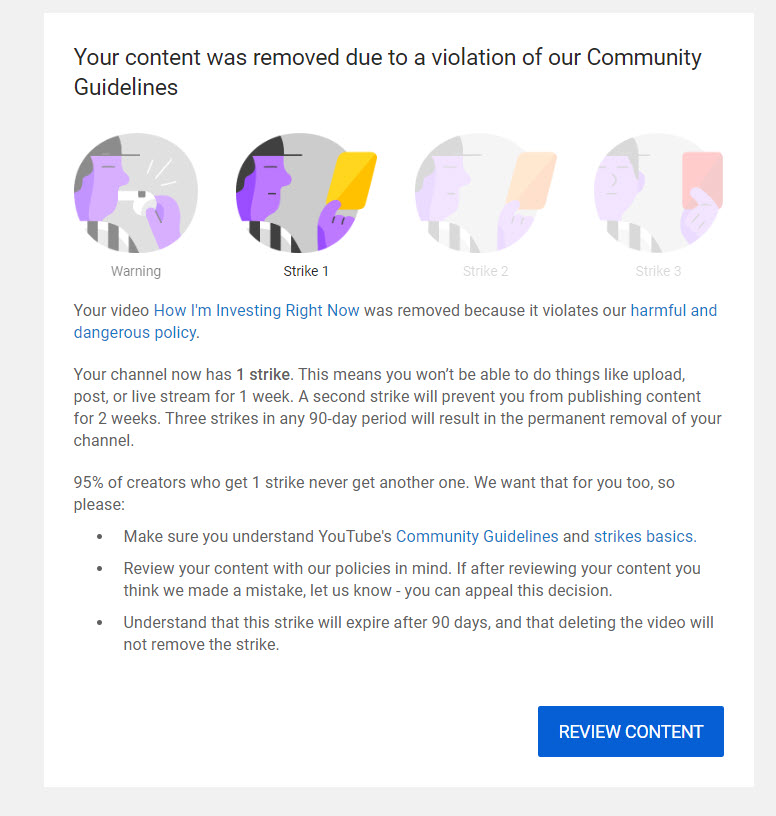 Dunn’s isn’t an isolated case, either. Just a day earlier, Josh Centers, the managing director of TidBITS, said his video criticizing Coinbase‘s verification process has been removed under the same policy Dunn’s videos got restricted. He tweeted:

“My completely benign video about Coinbase’s crappy verification process was pulled by YouTube and netted me a warning about “harmful and dangerous” content.”

It’s hard to say how many other YouTube creators also got their crypto-related content restricted or removed. The platform began enforcing the rules retroactively, which got one of the videos on the BTC Sessions YouTube channel removed. Pen Perrin, the host of the channel, said one of his instructional videos was also removed for the same reason:

“Well this is disconcerting. @YouTube flagged one of my beginner educational videos from three years ago as “harmful and dangerous”. It was literally a video about wallets, onboarding and places to use Bitcoin. 3 more of these strikes and the channel is shut down.”

ChicoCrypto’s Tyler Swope said at least a dozen of his videos were removed despite not violating community guidelines. All of the creators have appealed to YouTube’s decision.

These incidents sparked a Twitter-wide debate on the future of YouTube. Cryptocurrency analyst Willy Woo called for the platform to be regulated, while many users suggested using decentralized alternatives to YouTube such as Flote, BitTube, DTube, LBRY, and Contentos.