Singapore crypto firm Amber gets funding led by Temasek, helping them to hire and expand their institutional business. 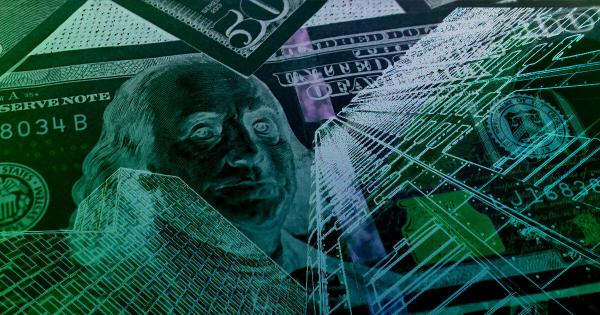 Singapore-based crypto finance firm Amber has raised funding at a value of $3 billion with Singaporean state investment firm Temasek Holdings among the investors. Amber has been profitable since its inception with Amber Group achieving its unicorn status during its last fundraising round in June 2021. The firm launched its mobile app in the third quarter of 2020, widening its scope from institutional clients to retail consumers.

We are excited to announce our Series B+, which comes at a time of rapidly increasing crypto adoption globally. The investment reinforces Amber Group’s strategic alignment with its investors, as well as a shared vision of digital assets’ future in a new, digital economy. #wagmi pic.twitter.com/6EOHd1H8Gx

Amber acts as liquidity providers, miners, and validators on 70+ exchanges, applications, and networks and offers products that provide access to digital asset trading, investing, infrastructure and financing services. Amber Group is said to be weighing an initial public offering in the U.S. next year, according to media reports.

The company was established in 2017 by a group of quantitative traders from Morgan Stanley. It has recently moved its home office from Hong Kong to Singapore, which is seen by many to be more crypto-friendly due to the regulations the Southeast Asian nation rolled out in early 2020 that allows exchanges to apply for operating licenses.

Singapore is one of Asia’s hottest markets for crypto startups, and Temasek and its subsidiaries have made several investments in the sector in the past year. Amber extended its Series B funding round, originally announced in June, specifically to bring Temasek in as an investor.

Existing shareholders including Sequoia China, Pantera Capital and Tiger Global Management also took part in the $200 million financings. The company has seen its valuation triple since the middle of 2021.

The deal comes as Singapore is trying to clamp down on marketing and the more speculative aspects of crypto while at the same time encouraging institutional participation. In January, the central bank told companies in the industry to sharply limit marketing geared toward the general public, citing the risk of volatile digital tokens. Some 180 companies have applied for permits to operate a regulated cryptocurrency business in Southeastern Asia as of January, just five had gotten in-principle approvals. Amber declined to comment on whether it has applied for a license.

It has plans to use the new capital to hire more staff to support its institutional business in Europe and the Americas. They have already secured a team of 750+ dynamic, entrepreneurial technologists, traders, and engineers that are on a mission to create frictionless marketplaces.

They are headquartered in Singapore but have a presence in Athens, Chicago, Geneva, Dubai, Hong Kong, Istanbul, London, Mexico City, New Jersey, Salt Lake City, Seoul, Taipei, Tokyo, Vancouver, and Zurich. The capital will also be used for expanding coverage of its crypto investment platform globally.