Pure Bit, a cryptocurrency exchange in South Korea, has allegedly pulled an exit scam, disappearing with more than $30 million worth of user funds. 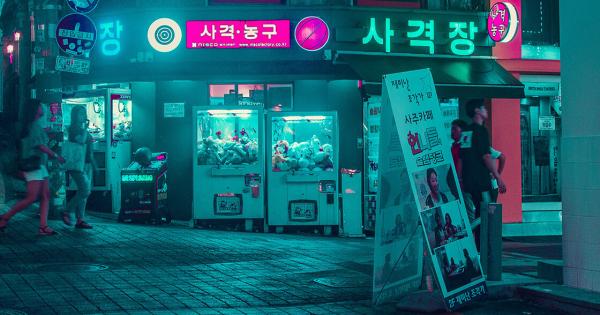 Pure Bit, a cryptocurrency exchange in South Korea, has allegedly pulled an exit scam, disappearing with more than $30 million worth of user funds.

On Nov. 9, as BlockchainROK, a trusted news source in South Korea reported, the management team of Pure Bit started to delete social media handles of the exchange and kicking users out of KakaoTalk chat groups.

The official KakaoTalk account of Pure Bit was renamed to a formal phrase in Korean, which translates to “I’m sorry.”

Initially, around 13,000 Ethereum (ETH) was moved from the address of Pure Bit. Over the last 24 hours, nearly $10 million worth of ETH was moved from Pure Bit’s address.

According to HanKyung, a mainstream business-focused mainstream media outlet in South Korea, Pure Bit executed an exit scam with more than $30 million in user funds.

Earlier this year, Pure Bit raised $30 million in an initial coin offering (ICO) to create a cryptocurrency exchange. Within months since its token sale, the team behind the token sale disappeared with all of the funds raised during the ICO.

Pure Bit tried to send a portion of the stolen user funds to Upbit, the second largest cryptocurrency exchange in the local market. But, after discovering that the funds from the scam were sent to the exchange, Upbit disabled the account operated by Pure Bit and froze the funds.

Speaking to HanKyung, an expert in the local cryptocurrency sector said that with proper ICO regulations and policies in place, the exit scam could have been prevented.

“The case could have been prevented if the government had implemented proper guidelines and regulatory frameworks related to ICOs. If the government does not establish proper regulations in the short-term, more scams in the local ICO sector could occur.”

In an exclusive interview with CryptoSlate, BlockchainROK founder Heslin Kim stated that the government has not decided whether to completely ban out ICOs or regulate the market.

Kim suggested that, as local publications in South Korea have reported, the government will likely release a statement regarding the legalization or the regulatory state of the ICO market by the end of November.

“These kinds of exit scam scenarios unfold in an unregulated market. Korean legislation has been in a stalemate as to whether or not to fully ban ICOs for over a year now, and we are likely to hear the verdict by the end of November. This will not be a beneficial case study for the pro-blockchain party. However, there is still light in the darkness. STO policy discussions have begun recently and this falls in line heavily with what regulators have been saying is necessary. Is it the decentralized, trustless landscape we all thought would result from the fiat to crypto flippening? No, clearly not, but is it a step in the right direction for the long game? We’ll see.”

Second Exit Scam in a Month

It remains uncertain whether government regulation will improve the ICO ecosystem or prevent fraudulent operations. Investors will need to conduct proper due diligence before investing in projects, especially ICOs that have complete control over the funds that are sent by investors.