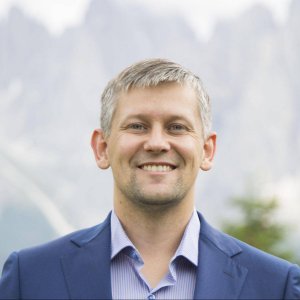 Over the past two years, crypto has often been referred to as the Wild West, and for good reason. Cryptocurrency has been an unregulated digital frontier where the fringes of society speculated feverishly—and some prospectors won big.

As crypto went mainstream in late 2017, the early adopters (or pioneers, more aptly) saw their small investments shoot to the moon, resulting in overnight bitcoin millionaires and billionaires reaping unheard-of profits. Many saw their double-digit investments netting six-digit returns. Teenage bedroom barons and mousey tech gurus were thrust into the spotlight as the face of a new digitally affluent class.

And as the world took notice and hightailed their way toward the digital gold mines, much of the wealth disappeared just as quickly as it sprung up. The bubble burst. Like a gold rush, by the time the general public caught word, the getting was gone—at least for now.

The so-called crypto evangelists, who had beckoned the masses to a self-proclaimed, utopic, “decentralized blockchain-based future,” were left teetering on their soapboxes as the press cycle turned negative and naysayers smugly snickered, “I told you so.”

Blame was laid on the uncertainty of impending regulation, unproven technology, scams, hacks and any other number of excuses, and while all these factors surely played some role in shaking the public’s confidence, the collective personality cultivated by blockchain and crypto’s most prominent figureheads should bear much of the responsibility for the recent stagnation in the industry.

Crypto was the Wild West, and the crypto cult shot itself in the foot.

The Wild West identity was originally assigned to crypto for the aforementioned reasons. Crypto was…

But unfortunately, the Wild West narrative goes much deeper in describing the cast of characters who make up the crypto cult.

Outlaws: Much of the early buzz around crypto centered around its illegal uses, allowing pseudo-anonymous, peer-to-peer transactions across the globe, free from the prying eyes of governments and intermediaries. In the early days, much of this illicit activity laid the groundwork for cryptocurrencies actually having worth. Untrustworthy individuals were, ironically (or unironically, depending on how you look at it), some of the first to make use of blockchain’s “trustless” networks, but it came at the price of tainting the idea for the rest of the world.

Unfortunately, first impressions are everything, and because of early crypto
headlines centered around paying for illegal services, much of the general population automatically associated crypto with shady dealings.

Snake Oil Salesmen: All kinds of deceitful peddlers flocked to the Wild West to make a quick buck and take advantage of anyone naïve enough to fall for false promises and lies. Almost zero regulatory oversight and a general lack of information made the schemes easy to perpetrate. Once the general public caught the crypto fever, fraudulent blockchain solutions and token offerings provided the perfect vehicle for scammers to launch a new take on tried, true and scummy tactic.

Uncontrollable FOMO led to investors throwing money at nearly any ICO. Companies left and right issued tokens, both legitimate and illegitimate, saturating the market. Investors blindly bought tokens, often failing to conduct due diligence, and ended up losing money. After the fever cooled, many of those who had entered the crypto sphere were left with a bad taste in their mouths. Because, the crypto community is so decentralized, efforts to collectively put a stop to these scammers have been weak at best.

Fervent Idealists: Blockchain’s tech revolution is unique in that it has been paired with fierce ideologies, both left and right on the political spectrum. Few technical innovations have been so quickly politicized. The decentralized nature of blockchain means it appeals to those who are staunchly anti-establishment (think libertarianism) and those who believe in more communal based approaches (think socialists).

No one really talked about the “ethos” or “mantra” behind the internet, social
media, or streaming, but many blockchain enthusiasts spent more time waxing poetic about ideological implications rather than hashing out practical solutions. Passionate politicization has made the sector unapproachable to outsiders and traditional corporations (who often shy away from controversy).

To add fuel to the fire, infighting, and greed among prominent figures in the
crypto cult has led to spats of name-calling and threats which have sowed seeds of doubt, inside and outside the crypto community.

Lucky Prospectors: Many of the crypto enthusiasts who became millionaires overnight were simply in the right place at the right time. They got lucky. However, emboldened by their new-found wealth, many clueless “crypto bros” have taken it upon themselves to hold the torch and guide the rest of the world towards crypto “enlightenment.”

Countless YouTube channels, forums, and blogs have sprung up on crypto across the internet. While some offer accurate advice, others range from incompetent to inaccurate. At worst, these outlets are blatantly self-serving. At best, they often spread misinformation. This detracts from the crypto community twofold, making the community look unreliable, and misleading newcomers who cannot see past the façade. Blockchain and crypto remain a mystery to the large majority of the population, and accurate education is the only way for the industry to prosper going forward.

Businessmen from the Big City: The last subset of the crypto community is the finance and tech elites who would rather not be associated with the rest of the crypto cult, but pose their own threats to the community. After the 2018 crash, nonstop rumors have circulated about institutional money entering crypto and kicking off another boom.

However, the old-guard investors could be detrimental to the industry in its own right, as these institutions have the financial means to take hold of large swaths of the market. Corporations are also incentivized to keep the public skeptical until they have made their move. Low prices mean cheaper buy-ups.

While the rest of the crypto cult is turning off potential users, the big businessmen could scrap much of the decentralized idea behind blockchain as many of the use cases proposed by corporations directly contradict the idea of decentralization. Some blockchain applications make sense under one umbrella, but institutional involvement will bring a definitive ending to the crypto’s Wild West years.

None of these characters are unique to crypto, but the community seems to have magnified each stereotype, presenting unwelcoming entry barriers to the rest of the world. If the crypto cult wants to continue their lucky streak, a change in attitude must take place.

At first, crypto was a complex secret where the cult comprised of the select few who were “in the know” about this new technology. Because the cult membership was so limited, when crypto went to the moon, they reaped the rewards.

The crypto cult has embraced their mystique and unintentionally thrown up walls around the industry that threaten to suffocate the entire sector if not dismantled with care. Most of crypto’s problems arise from the prevalence of misinformation about the industry. Very few reliable educational tools and readily available experts exist that function in trusted ways to orient newcomers in the market.

While cutting down scams, promoting working (instead of mindlessly shouting “blockchain”), and curtailing illegal activity are important to shoring up the industry as a whole, the biggest barrier to the continued success of the crypto cult is themselves.

ICOBox is the first and the biggest new generation blockchain growth promoter and business facilitator for companies seeking to sell their products via ICO crowdsales.

In the same way all economic movements have done throughout history, blockchain finance challenges our traditional conceptions of ‘value,’ and, in turn, our ideas about identity and freedom.

With cryptocurrency’s inherent uncertainty, users are searching for something that could bring back much-needed stability and mitigate price fluctuations.