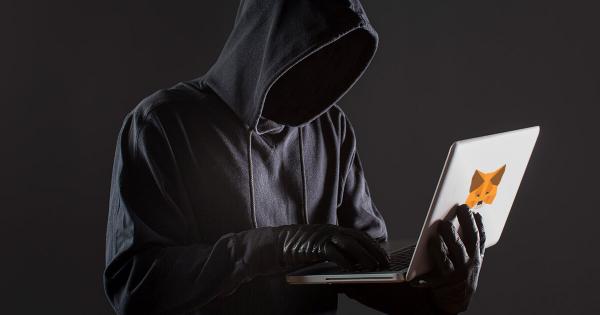 Photo by freepik on freepik.com

Up to 400 people fell victim to a scam involving the yet-to-be-released MetaMask token, resulting in the loss of hundreds of Ethereum. An exact figure is not known at this time, but estimates range from $1 million to $1.8 million.

The victims were fooled into believing they were buying legitimate $MASK tokens. A deeper analysis of the situation revealed that scammers had injected code into DexTool’s application front end to give a “verified” tick mark for the Uniswap WETH/MASK trading pair on Uniswap.

“Code was injected into the title and description of the token on DexTools which the website executed, resulting in the token displaying a “verified” status.“

One victim recounts the situation, saying, “everything always seems obvious in hindsight.” However, social media comments, in general, show an overwhelming lack of sympathy for the victims.

MetaMask and DexTools have yet to make a public response to the situation.

The founder of Ethereum devs ConsenSys, Joseph Lubin, teased a MetaMask token during a Twitter exchange some two months ago.

Surging growth in the number of monthly active users in 2021 has made MetaMask the most popular wallet in crypto circles.

Previously, some had dismissed the idea of a $MASK wallet due to JPMorgan’s stake in MetaMask and the complications a token would bring regarding compliance and disclosure.

But Lubin countered by saying there is no conflict of interest as most projects involved with his firm are decentralized. Signing off with “Wen $MASK? Stay tuned.”

Rumors are that token distribution (of the actual MetaMask token) will occur via an airdrop. Although nothing has been confirmed, it’s expected that anyone swapping the platform will be eligible to receive tokens.

Scammers managed to dupe the victims by disabling the sell function after they pumped liquidity into the fake token. Victims were left holding bags of useless tokens that they couldn’t offload.

Responding to the situation, one Twitter user expressed surprise that anyone could “fall for this stuff.” Adding that, the victims scammed themselves due to their lack of due diligence.

“Honestly it’s mad that people fall for this stuff. If there was a mask airdrop, it would be all over twitter. You don’t need an intellectually well worked scam, you just have to wait for people to scam themselves out of their own funds.”

The majority of commenters held a similar view. However, another Twitter user pointed out that the verified tick mark was a factor in muddying people’s assessment of the situation.

That being so, does DexTool have a degree of culpability in this?