ConsenSys founder tantalizes the possibility of a MetaMask token

Talk of a MetaMask token is sparking social media activity regarding how to qualify for token distribution. 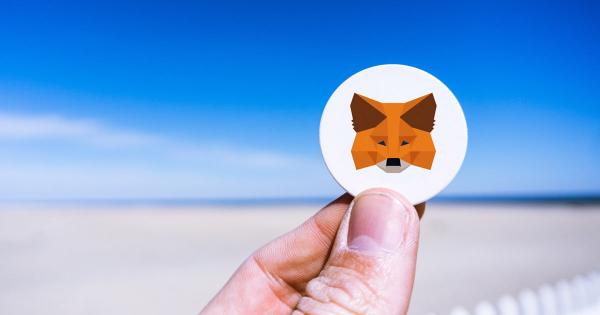 Photo by Harrison Kugler on Unsplash

Joseph Lubin, the founder of Ethereum development team ConsenSys, teased the possibility of a MetaMask token during a Twitter exchange.

MetaMask is a browser extension that enables access to the Ethereum ecosystem. It acts like a “lite wallet” for storing ERC-20 tokens allowing users to access services, including dApps, built on the Ethereum chain.

In September, ConsenSys said the MetaMask wallet had reached a major milestone in hitting 10 million monthly active users (MAUs). This is up 1,800% from July 2020, when its MAUs stood at 545,000.

As expected, with MetaMask being one of the most popular wallets out there, expectations over a $MASK token are high.

Lubin’s bombshell disclosure came during a tweet by @icebergy_ in which he joking said MetaMask would have to drop a token to compete with Coinbase launching a browser wallet extension.

metamask is going to have to drop a token pic.twitter.com/YP0gOI6PDv

Wading into the discussion, Andrew Thurman, a tech reporter at CoinDesk, pointed out that it would never happen due to JPMorgan’s stake in MetaMask, and an aversion to holding the token on its balance sheet.

However, Lubin dismissed this point by saying ConsenSys already holds thousands of tokens on its balance sheet, implying this has no bearing on controls placed by stakeholders.

He then justified this position by suggesting that decentralizing these projects means there is no conflict of interest. Lubin then signed off by teasing a $MASK token with the words “stay tuned.”

Andrew, ConsenSys has thousands of tokens on our balance sheet. ConsenSys is vigorously controlled by its employees, which includes me. And we are driving towards decentralization of several of our projects. Wen $MASK? Stay tuned. Wen objective journalism, ser?“

September 2020 saw the surprise airdrop of UniSwap tokens for eligible users. To qualify for the 400 free $UNI tokens, users had to have used the UniSwap dex before September 1, 2020, at 12:00 am UTC.

With talk of a MetaMask token, social media is buzzing with talk of a similar thing happening. One Reddit user joked that paying $100 gas fees for an in-wallet swap could be worth it for free tokens.

I need to do metamask swap ASAP even if it’s gonna cost me 100$ in gas fee, it could be worth it.”

At present, there are no further details on qualifying criteria for a $MASK token. However, given the potential rewards on offer, it shouldn’t be surprising if MetaMask activity explodes in the coming days and weeks.