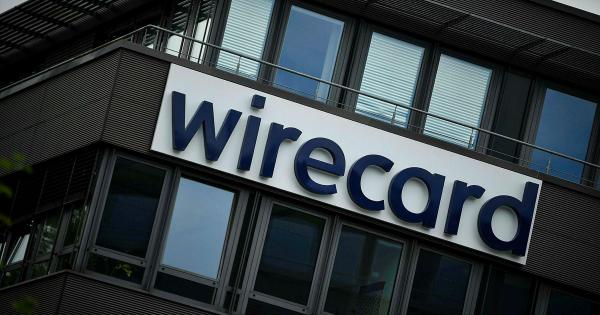 Crypto.com is temporarily suspending its Europe and U.K. issuances of MCO debit cards after its former card operator — Germany’s Wirecard AG — slipped into bankruptcy and filed insolvency this week.

The Hong Kong-based company will now find a new card operator to commence its card business again — one of the largest in the crypto-ecosystem.

Crypto.com clients in other regions, apart from the Europe and U.K., have not been affected.

As per a blog Friday, Crypto.com said they were requested by authorities to cease all card programs in the U.K. and Europe, after an FCA investigation on Thursday.

Customers in the two regions cannot top-up or transact using their MCO cards as of June 26. The stoppage is not limited to Crypto.com; other Wirecard’s virtual card clients like ApplePay and Google are confirmed to have been affected.

The release said all customer funds are safe and pending credits will be processed to respective crypto accounts within the next 48 hours (at the time). All balances will be calculated from the fiat amount held on the cards prior to ceasement.

UPDATE: all credits for European cardholders have been processed successfully.

We will now focus on the process of switching of the card program to our new vendor. More updates in due course. https://t.co/qkLO3TS680

Crypto.com’s broader business has not been affected. The company said it is already working on transferring the card program to a new provider, adding:

“So that we can resume the issuing of cards in the UK and Europe and allow existing and new customers to benefit from our card program again.”

Thank you for your great honest and fast communication. To all my fellow Europeans and UK friends. HODL and remember crypto = the future!

Long regarded as a poster child for German fintech startups, Wirecard was a former-unicorn that worked its way to big valuations using a series of shady deals, accounting manipulations, and stock fraud.

But this month, the firm’s music stopped. Investigations in April revealed company accounts did not match with reality.

In June, Wirecard said over $2 billion were “missing,” sparking swift inquiry and police action into the matter. Shares plunged almost immediately, resulting in insolvency and the arrest of its former CEO, Markus Braun, this week.

The company’s downfall is not a total surprise. Investigations led by Financial Times back in April 2015 revealed the flawed business model and questionable transactions pertaining to the firm’s expansion plans in Southeast Asia.

Independent audits held by accounting firm KPMG in 2019 concluded there was no “discrepancy” in company accounts. However, in a separate audit, the firm alleged they were not provided with “all documents.”

In the succeeding months, several reports brought to light the malpractices in the company, leading to its eventual fall.

Hong Kong’s Crypto dot com is foraying ahead with improved infrastructure as cryptocurrencies start to take precedence in the traditional finance sector as a “hedge” akin to gold.