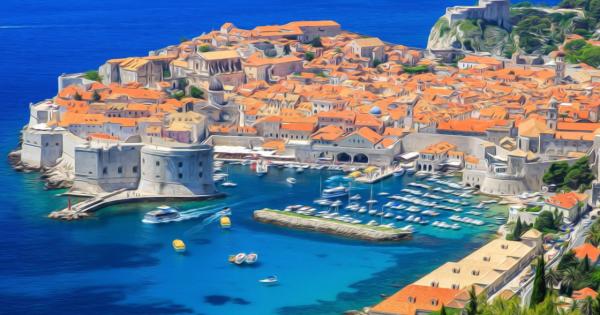 The Eastern European nation of Croatia has just announced the launch of a self regulatory blockchain organization called the UBIK.

This news comes at a time when a whole host of countries like Japan, Switzerland, Slovenia have also taken active steps to regulate the blockchain market within their respective countries, so as to foster more innovation within this sector.

UBIK is an autonomous body that comprises primarily of blockchain developers, businessmen and crypto enthusiasts from Croatia and other surrounding regions.

The goal of this organization is to provide the masses with knowledge pertaining to the blockchain and crypto domain, so that casual investors can also take part in the crypto boom that is being witnessed worldwide.

Also amongst its many goals, UBIK aims to help national financial authorities with a wide array of legal and financial matters so that a regulatory framework can be developed in the coming future.

As per local news reports, members of UBIK had been convening with Croatian Tax Officials since Feb. 9 to work on a legal framework that would look at the issue of cryptocurrencies being taxed as “capital gains” as well for regulating ICOs (Initial Coin Offerings).

The organization came into official existence on Feb 13.

Also, the Croatian news media has been covering the nation’s crypto activities for a long time and has reported that the sentiment at large favors the adoption of blockchain technology.

This is primarily because the masses have started to realize the potential of this market, and thus want local crypto ventures to flourish and foster the country’s economy.

Nikola Škorić (one of the key figures involved with UBIK and owner of a local brokerage service called Electrocoin)  had the following words for the media:

“We want our startups to be registered as Croatian companies and that the capital collected comes directly to Croatia, to expand the database of experts who can work on this technology, to create a pool of knowledge and competence, […] reinforcing the industries that work on the Blockchain.”

Quite like what happened in Croatia, a small group of crypto organizations came together in the UK a week back to form a self regulatory blockchain body called CrytoUK. The organization plans to work with local as well as national authorities to prevent the misuse of digital assets for illegal activities such as money laundering and smuggling.

Similarly, Japan also saw the formation of a new self regulated crypto organization that was created through the amalgamation of existing crypto bodies called the JBA and JCBA. This new setup consists of 154 members and aims to address a host of issues related to ICO regulations within the country.

Lastly, Swiss authorities also revealed a couple of days back that they would allow for ICOs to be treated as securities.

These stories clearly indicate that governments all over the world have realised the futility of resisting the crypto movement, and are now looking for active means to adopt the blockchain in the most streamlined and efficient manner possible.