CryptoSlate recently had the opportunity to chat with Coinmine CEO Farbood Nivi. 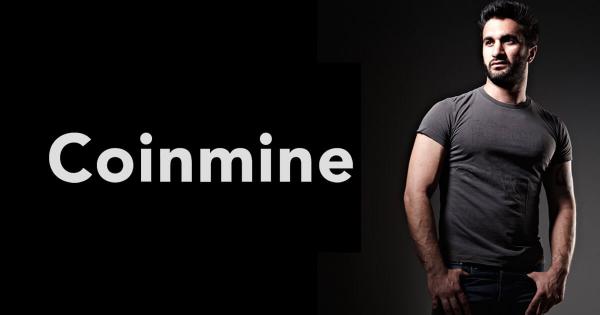 CryptoSlate recently had the opportunity to chat with Coinmine CEO Farbood Nivi. In 2019 Nivi founded Coinmine, the manufacturer of the Coinmine One — the first all-in-one crypto device that is made for use by everyone. The beauty of the Coinmine is that no technical expertise is required to set it up and start mining.

Nivi, an experienced entrepreneur and product leader, kicked off his entrepreneurial career when he was 18 years old by building and selling computers to families and small businesses. His experience in technology continued when he founded Grockit, an online collaborative learning platform powered by machine learning, which was backed by Benchmark and later acquired by Kaplan.

In the interview, we discussed why Nivi started Coinmine, what other blockchain technology he’s looking forward to and his crypto outlook for 2020.

For more information on the Coinmine:

What is your professional background and how/when did you get into crypto?

I’ve been building computers since I was a kid. My first startup was building computers for friends and family in high school. I later got into consumer software with a couple of Benchmark-backed startups building both mobile and web apps. I sold one startup to Kaplan. I got into crypto about 5 years ago as a trader and holder. I started working with crypto hardware a few years ago. My Co-founder Justin, a great industrial designer, and I began building our own miners a couple of years ago.

Tell us about why you decided to start Coinmine? What is the mission?

Our mission is to make crypto easy. We think Bitcoin and crypto could be a ‘once in a species’ phenomenon. So, we wanted to bring our experience building consumer hardware and software to this new era of the internet. We eliminate all the time needed to power and mine crypto networks and that means that a lot more people will be able to do it, and that will help crypto succeed. It’s amazing to be able to work on something in the consumer space that’s so new and that could be so impactful.

What are some of Coinmine’s notable achievements or milestones?

I’m really proud of the fact that we went from concept to shipping devices in less than a year with a small amount of capital. In that time we created an operating system – MineOS. We designed and engineered the device and we built an iOS and Android app. People love their Coinmines. We’ve shipped thousands of devices and only 4 percent have been returned for a refund. That’s way below the industry average of 15-20 percent. To me, that’s a really important number because it means people are keeping their skin in the game. About 8 percent of customers come back and purchase more Coinmines and about 10 percent purchase more than one when they do.

What are the benefits of using Coinmine as opposed to other crypto mining machines?

What can you tell us about the Coinmine product roadmap? What upcoming features are you most excited about rolling out?

Our approach is – better, faster, less expensive. So we are constantly updating our operating system running on the Coinmine One – MineOS. We improved energy efficiency by 30 percent with an over the air update. We increased the hashrate over 10 percent over the air. We add new protocols. We’re hoping to add Handshake here in the near future when they go to mainnet.

How do you determine which cryptocurrencies to support?

We evaluate cryptocurrencies and other protocols on factors including mission, technical merit, incentive/reward structures, and team.

What are the biggest challenges of building a consumer crypto mining experience for crypto users?

The bulk of our efforts are spent in the “last mile” of the technology. Getting the protocol to the user. The beauty of crypto is that we don’t have to develop the protocols. The challenge is in taking protocols that are not consumer-friendly by default and making them consumer-friendly by default for the end-user. Monero forks regularly, so we spend time and resources to make that seamless for the user. New protocols launch and the best time to mine them is at the beginning, so we have to try to be on top of new coins just as they are launching.

Handshake is one protocol that I think could be really impactful. It’s basically a decentralized version of the DNS. It’s the system that connects a web name like coinmine.com to the actual IP addresses running coinmine.com. With Handshake, you get part of the unstoppable web where a central authority can’t decide to ban a certain web URL. It doesn’t replace the DNS it runs alongside it and is decentralized and powered by mining.

I predict that crypto will continue to be difficult to predict. I think the Bitcoin halvening could have a big impact on Bitcoin’s price. Virgin bitcoin that are freshly mined sell at a premium of 20 percent. I can’t imagine cutting the supply of them in half one day won’t affect things like that premium.

What are the biggest obstacles for the mainstream adoption of crypto?

Ease of use and value prop. I think these are the two points of leverage to make crypto mainstream. I think this is why Jack Dorsey is focused on Bitcoin in Africa now. There is high leverage for the value prop in Africa or anywhere with volatile monetary conditions. Ease of use is always an obstacle for any technology’s adoption, if not the biggest obstacle.

I’m not sure if this is controversial but I don’t think it makes sense to look at every ‘cryptocurrency’ as trying to be a global currency. You’re not going to buy coffee with Filecoin or Handshake tokens. That doesn’t mean that they shouldn’t have a token. Everything is digital here. Tokens can be swapped for each other pretty easily. So, I don’t think there is much use for 5000 different protocols and currencies, but I think we will always have a multicoin world. Bitcoin the biggest by far IMHO. 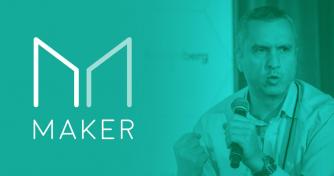 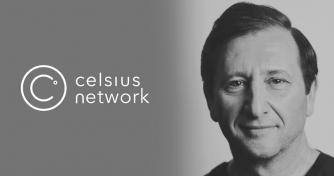 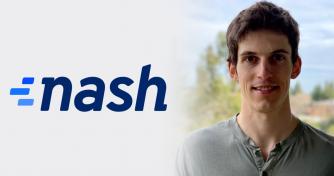