Mark Lamb revealed that the exchange is currently in talks with several investment funds to buy its new Recovery Value USD (rvUSD) token. 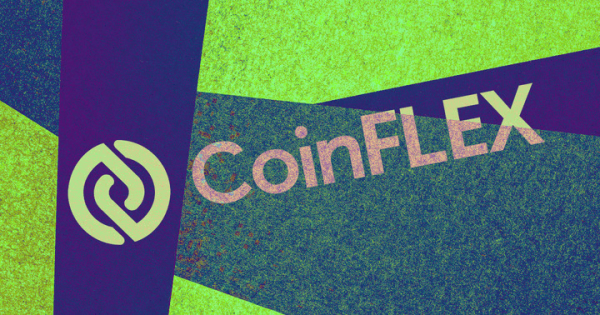 CoinFlex will likely not resume withdrawals for its users on June 30, CNBC reported, citing the exchange’s CEO Mark Lamb.

Lamb said that the crypto derivatives exchange would not be resuming withdrawals on June 30 and needs more time, according to the report.

We will need more time. And it’s unlikely that withdrawals will be re-enabled tomorrow.

He continued that the exchange is currently in talks with several investment funds that want to buy the new Recovery Value USD (rvUSD) token it is offering to clear its debt.

CryptoSlate reached out to Mark Lamb for comments but did not get a response as of press time.

CoinFlex had paused withdrawals due to liquidity issues, with its CEO revealing that a high net worth investor owes the exchange $47 million — the investor was later outed to be ‘Bitcoin Jesus’ Roger Ver.

According to Lamb, Ver failed to pay $47 million USDC as part of a margin call. While this should normally result in liquidating the investor’s account, CoinFlex claimed the investor had an agreement with the exchange that prevented such liquidation.

CoinFlex has served Ver a notice of default.