CoinFLEX CEO Mark Lamb said the exchange has filed a notice of default to Roger Ver, an investor and shareholder in the company. Roger Ver has denied the allegations 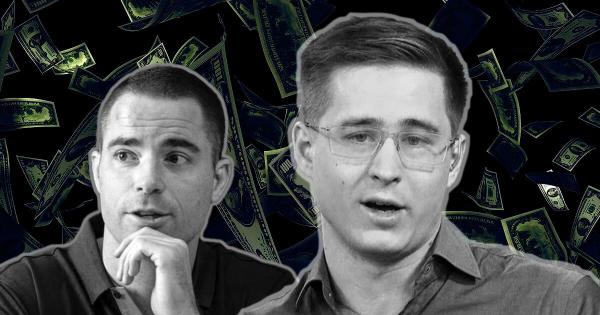 Mark Lamb, CEO of CoinFLEX, tweeted June 28 that Roger “Bitcoin Jesus” Ver owes the exchange $28 million USDC and has been issued a notice of default.

Roger Ver owes CoinFLEX $47 Million USDC. We have a written contract with him obligating him to personally guarantee any negative equity on his CoinFLEX account and top up margin regularly. He has been in default of this agreement and we have served a notice of default.

Roger Ver immediately responded via Twitter, stating that he owed CoinFLEX nothing and, in fact, the exchange owed him money.

“CoinFLEX also categorically denies that we have any debts owing to him. His statement is blatantly false. It is unfortunate that Roger Ver needs to resort to such tactics in order to deflect from his liabilities and responsibilities.”

The debt allegedly comes from a margin trading account held in Ver’s personal name. The account has been said to be in “negative equity,” Ver has failed to top it up to a level required by a written contract. Prior to the default notice, Lamb states that Ver has had a track record of “topping up” his margin account. Efforts to resolve the situation via calls have allegedly resulted in the account remaining in default.

CoinFLEX paused withdrawals amid market turmoil recently. The move was overturned through the release of a new token named rvUSD. In a comment regarding CoinFLEX’s internal liquidity issues, FatManTerra commented.

Let me get this straight… CoinFLEX tried selling debt tokens to people without revealing the debtor's name, while knowing the debtor in question is refusing to pay up? Looks like the crypto space is speedrunning the 2008 CDO/CDS scenario, except with way more scamming.

This is a developing story, and further information may be added to this article.