Coinbase Cloud adds a new feature that would allow developers better understand the base code of Avalanche network. 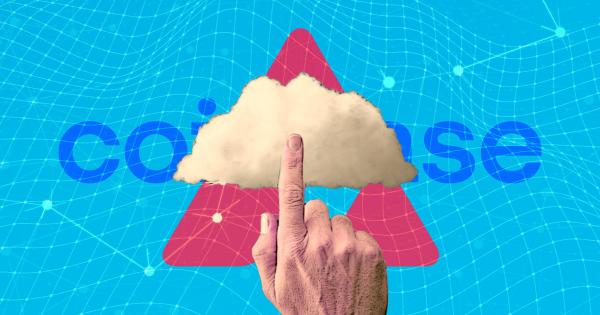 Coinbase Cloud announced yesterday that it had launched a new suite of tools for Avalanche blockchain. The crypto exchange, through its cloud services, provides APIs, infrastructures, and solutions to developers in the Web3 space.

Judging by this announcement, it means Coinbase Cloud has now become a public validator, and AVAX holders can delegate and stake their tokens via the platform.

As a validator, it’ll verify the transaction, add new blocks, and participate in consensus, all of which are necessary to secure and improve the network.

.@coinbasecloud is committed to supporting our #AVAX builders and participants. #Avalanche #AvalancheRush

It was also revealed that Coinbase Cloud added a new Query and Transact feature for Avalanche. This feature would allow developers to better understand the codes that form the foundation of the network.

By having a better understanding of the codes, Coinbase Cloud believes it’ll be easier for developers to “configure who can access the node infrastructure, and distribute their nodes across four geographic regions and two cloud providers.”

Beyond becoming a public validator, the Coinbase wallet also has an AVAX integration. This makes it possible for users to interact with the smart contract-enabled network using the wallet. Thus, developers now have access to deploy their dApps directly on the Avalanche network.

Interestingly, Coinbase recently added the same compatibility for another smart contract-enabled platform, Solana. These moves align with its goal of positioning the wallet as a viable competitor to MetaMask.

Avalanche is undoubtedly one of the fastest-growing smart contract networks at the moment. The high-speed blockchain boasts near-instant finality and EVM compatibility. Since its launch in 2020, it has grown significantly and now has about 185 protocols built on with a TVL of over $10 billion.

The network is currently holding a summit in Barcelona, Spain, where a spate of recent developments geared towards adding more features to its ecosystem is being discussed.

DeFi on Avalanche is about to get a whole lot more orange. pic.twitter.com/9KwTwmkySD

It was revealed that the network rolled out a Bridge that’ll support Bitcoin by the second quarter of this year.

With the network already compatible with ERC-20 tokens, support for BTC would help to advance the use of the flagship digital asset in DeFi activities on Avalanche.

Aside from that, Terra’s UST was announced as the default stablecoin on Pangolin, a leading Avalanche-based decentralized exchange, last month.

Pangolin is a decentralized exchange (DEX) that runs on Avalanche, uses the same automated market-making (AMM) model as Uniswap, features a native governance token called PNG that is fully community distributed and is capable of trading all tokens issued on Ethereum and Avalanche. Learn More

Coinbase Wallet is a software product that gives you access to a wide spectrum of decentralized innovation – buy and store ERC-20 tokens, participate in airdrops and ICOs, collect rare digital art and other collectibles, browse decentralized apps (DApps), shop at stores that accept cryptocurrency, and send crypto to anyone around the world.. Learn More