Ran Neuner, the host of CNBC’s CryptoTrader show, has created an emergency fund aimed at helping startups affected by the coronavirus outbreak. 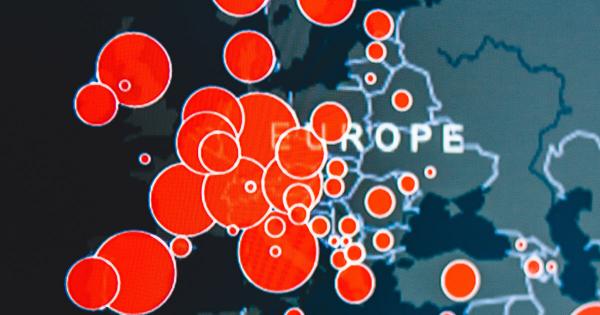 Ran Neuner, the host of CNBC’s CryptoTrader show, has created an emergency fund aimed at helping startups affected by the coronavirus outbreak. In a press release shared with CryptoSlate, Neuner said that the fund has raised $10 million so far, but that up to $100 million could be raised depending on the demand.

To help startups deal with the financial downturn caused by the global coronavirus pandemic, two cryptocurrency advocates teamed up to create an emergency fund that would effectively bail out those struggling to stay afloat.

Ran Neuner, the host of CNBC’s CryptoTrader, announced the launch of a relief fund aimed exclusively at startups. The fund was created in partnership with Yossi Hasson, the managing director of Techstars, Neuner said in a press release shared with CryptoSlate.

“Startups are the lifeblood of the economy and the next generation of big business,” he explained, saying that the small teams and tight funding associated with small businesses mean that most are just weeks away from shutting down.

“The Runway Fund provides a practical way to fuel these enterprising startups, giving them the lifeline they need to survive, and ultimately thrive.”

Up to $100 million could be raised if circumstances demand

According to Neuner’s announcement, $10 million has been raised so far for the “Runway Fund.” However, there are plans to raise five to ten times more money “depending on the requirements,” he said.

The fund will be seeking startups in exciting industries that have already completed previous funding rounds and have founding teams in place. Neuner and Hasson have invited startups that meet their criteria to submit applications to [email protected] or to visit www.runway-fund.com. Eligible companies will receive assistance in performing due diligence from the pair’s extensive investor and founder network.

Hasson noted that big stimuli and helicopter-style money drops are aimed at big corporations and will do little to help entrepreneurs. That’s why the pair has created standardized funding products with standard contracts to reduce friction and expedite assisting startups in need. The contracts, they explained, will enable startups with recurring monthly expenses to survive until more favorable conditions enable them to scale up their business.