The nation started its crackdown on Bitcoin businesses earlier this year and smaller regions are joining in the fray. 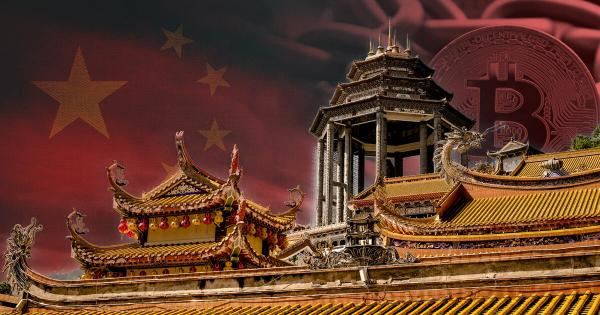 Eastern China’s Anhui province became the latest regional county to ban Bitcoin mining in the country, weeks after the government unleashed a harsh plan to stamp out the activity in the nation, reported news outlet Reuters this morning.

Anhui, known among tourists for its low-hanging clouds, distinctive granite rocks, and operas, became popular with miners in the past few years for its naturally cool environment and technically savvy talent pool. And while it wasn’t a big crypto mining destination compared to the likes of Sichuan or Qinghai, the region was important nonetheless.

But the Anhui ecosystem turned out to be a short-lived story. Local authorities are said to have ramped up efforts in the past few days to drive out any remaining miners in the region.

The cleanup is aimed at reducing power consumption as the province faces a “grave” supply shortage of electricity, local reports stated this week.

Projections put Anhui’s electricity demand to rise to over 73.14 million kilowatts in 2024. But the current supply of the province is only 48.4 million kilowatts, which creates a “relatively big gap” and increases efforts to stamp out electricity operations deemed unfruitful by the government.

The Chinese effect on Bitcoin

The move comes weeks after China’s state council vowed to double down on its ban of Bitcoin mining and trading in what was a thriving ecosystem. Research suggested over 75% of Bitcoin’s hashrate—a measure of the computational power per second used when mining—originated from Chinese entities like F2Pool, Huobi, and others as of early-2021.

But those entities, along with several independent operators, are now moving out, with the US, Iran, Kazakhstan, and South America turning out to be popular destinations.

Meanwhile, the exodus has left its mark on Bitcoin. Ever since China started its cleanup in late-May, the crypto market has plunged nearly 50% on average, with Bitcoin dropping to under $30,000 from an April high of $64,000 and some DeFi alts plunging 80%.

Block times reached a ten-year-low in June, while hashrate steadily dropped alongside. But the move has opened up avenues for miners to turn to clean—and oft-wacky—methods to mine the world’s largest cryptocurrency….such as volcanoes and cow manure.