As a decentralized currency, Bitcoin is subject to several eccentricities that traditional fiat currencies avoid. 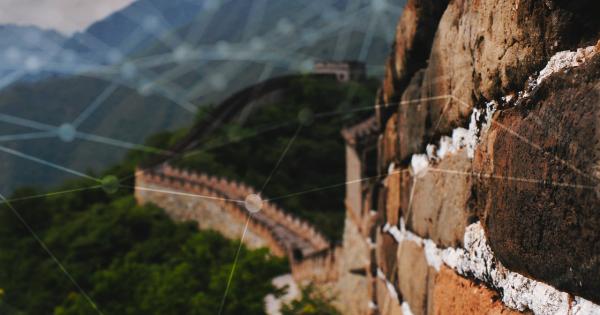 Photo by Diego Jimenez on Unsplash

As a decentralized currency, Bitcoin is subject to several eccentricities that traditional fiat currencies avoid. For instance, while global trends can impact the value of a nation’s currency, it’s not subject to the actions and reactions of each country.

Digital currencies don’t have that luxury, and the unique actions of different countries have a significant impact on global crypto markets. Theoretically, digital currencies operate outside of the official purview of any central government, but regulatory actions enacted against crypto exchanges or ICOs effectively limit their implementation in various countries.

Throughout most of 2017, cryptocurrencies operated in a free market that many compared to a financial wild west. There was and continues to be sprawling development, and conscientious investors felt a proper measure of excitement and hesitation.

When cryptocurrencies were a niche preoccupation for nerds, it was easy for governments to ignore their use and proliferation. However, as interest in digital currencies spiked last year and their collective market cap swelled to more than $850 billion, governments started to take regulatory action.

The Rush to Regulate

Last year, China was the first country to take broad action on cryptocurrencies.

In September, China banned ICOs from operating within their borders. Bitcoin subsequently dropped by nearly 25%.

Recently, South Korea roiled crypto markets when it made fuzzy promises to regulate digital currencies. Similar instances in Japan, India, and the United States had a similar effect on crypto markets.

That’s why it was such a relief when the leader of China’s central bank, Zhou Xiaochuan, announced that China would move slowly when considering additional regulation for digital currencies.

Xiaochuan’s comments came at the National People’s Congress where he detailed the country’s plans for financial reform and development.

According to media outlets, Zhou described digital currency as an inevitable part of the future financial system, and he cautioned against the speculative projects that have made overnight millionaires but that have endangered the viability and sustainability of financial markets.

Zhou slammed the ICO boom and the high-risk investments that, at least to some degree, defined crypto’s rise last year:

“Lots of cryptocurrencies have seen explosive growth which can bring significant negative impact on consumers and retail investors.”

Zhou indicated China’s positive outlook on blockchain technology and sustainable development. On the topic, he said,

“For blockchain projects with technological potentials, they should conduct thorough testing before rolling out services. Otherwise, a reckless expansion may incur serious security and financial stability issues.”

Zhou’s comments and China’s general on the crypto movement are similar to those of the SEC. In an official statement on cryptocurrencies and ICOs, the SEC wrote,

“The technology on which cryptocurrencies and ICOs are based may prove to be disruptive, transformative and efficiency enhancing. I am confident that developers in fintech will help facilitate capital formation and provide promising investment opportunities for institutional and Main Street investors alike.”

In other words, there is emerging confidence in the technology that powers cryptocurrencies and governments are taking a slow approach to digital currency implementation.

It’s fair to question its inevitability, but it’s definitely good news that China and other leading nations are giving crypto an opportunity to develop and mature before making sweeping judgments.