Chainlink’s price has been caught within an intense uptrend over the past couple of days that has allowed it to set fresh all-time highs. 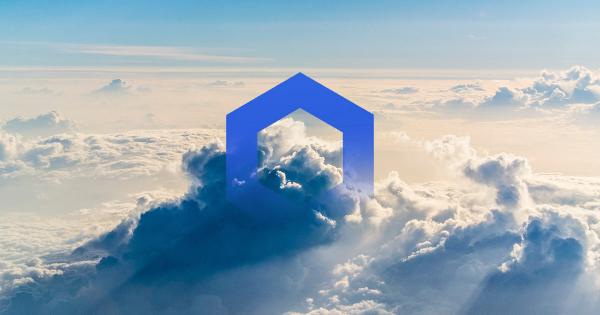 Chainlink’s price has been caught within an intense uptrend over the past couple of days that has allowed it to set fresh all-time highs. Its latest push higher marked a break above a key technical formation that could catalyze further momentum.

This latest push higher appears to have come about in tandem with news regarding Chainlink’s oracle functionality being brought to China’s Blockchain Services Network (BSN).

Although not explicitly bullish for LINK, this news did appear to fan the flames that have been driving the cryptocurrency’s recent uptrend.

According to a press release from earlier today, China’s national Blockchain Services Network will be using Chainlink oracle functionality to help run its network.

The BSN allows government and companies to validate and inspect real-world data running through the blockchain.

Chainlink’s addition to the network is anticipated to provide additional security to data transactions, while also increasing the reliability and efficiency of the blockchain.

“This integration of Chainlink provides BSN users additional security, reliability, and interconnectivity to help fuel even greater growth and adoption of blockchain applications in China and around the world.”

This China-based blockchain initiative has significant backing from companies and government agencies within the country – this includes China’s State Information Center, China Mobile, China Unionpay, and others.

At the time of writing, Chainlink is trading up over 11 percent at its current price of $4.92. This marks a notable climb from recent lows of $3.70 that were set just a couple of weeks ago.

Although it is facing some resistance at its current price level, it is possible that the cryptocurrency will soon shatter the $5.00 resistance and begin another parabolic ascent.

One pseudonymous analyst who trades under the name “Big Cheds” explained that this latest push marked a significant breakout while looking towards the cryptocurrency’s Bitcoin trading pair.

Data platform Santiment also explained that data regarding the number of LINK transfers to non-exchange wallets is promising, suggesting that investors are taking a long-term approach to their Chainlink investments.

It does appear that on-chain data and growing usage are both backing this ongoing uptrend, signaling that Chainlink may have further room to run.