CFTC Commissioner Says We Are Witnessing a ‘Revolution’, Cryptocurrencies Are a ‘Modern Miracle’ 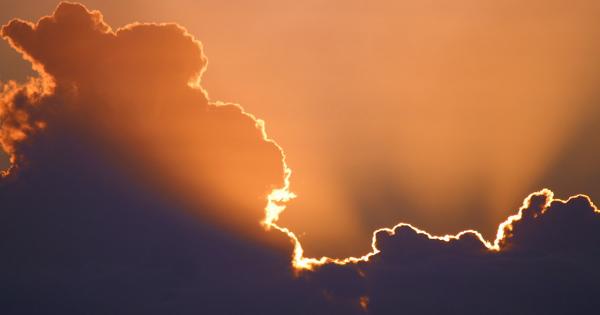 Behnam discussed cryptocurrencies at the June 4 BFI Summit “Fostering Open, Transparent, Competitive, And Financially Sound Markets,” emphasizing the importance of leveraging the potential benefits of blockchain technology in order to “transform the world into something wonderful.”

The CFTC Commissioner referenced the recent partnership launch between Blockchain, the United Nations Development Programme, the UN Refugee Agency, and the World Economic Forum. The United Nations Development Programme recently published a white paper titled “The Future is Decentralized” in order to provide policymakers and regulators with a deeper understanding of blockchain technology.

Blockchain May Take Over the World

Blockchain technology, according to the CFTC Commissioner, is the future — and it’s here now. Speaking at the BFT Summit, Behnam stated that the world currently stands on the edge of a future foreseen by UN Secretary-General Secretary-General Dag Hammarskjöld in the 1960s. The impending technology-driven “economic interdependence of the world community” predicted by Hammarskjöld has arrived, says Behnam, in the form of blockchain technology:

“Blockchain technology and other aspects of a new virtual world are remaking our economic, social, and political relations. The new virtual world offers tantalizing new possibilities and potentially powerful dangers.”

According to Behnam, the eventual ubiquity of blockchain technology is inevitable:

“But virtual currencies may – will – become part of the economic practices of any country, anywhere. Let me repeat that: these currencies are not going away, and they will proliferate to every economy and every part of the planet.”

Behnam posits an economic structure in which smaller economies may become entirely dependent on virtual assets for survival — with some of these currencies operating outside of the control of traditional financial structures such as banks, governments, investors or international organizations:

If Blockchain is the Wild West, the CFTC is Wyatt Earp

Despite sharing a decidedly bullish perspective on the future of crypto assets, Behnam remains cautious regarding the potential misuse of blockchain technology. The blockchain, states Behman, could “become a source for depression and totalitarianism,” unleashing corruption, criminality, and division on a grand scale.

Behnam positions the US CFTC as serving a critical purpose in eliminating fraud and manipulation in financial mechanisms that commonly fall outside of the scope of regulatory bodies, such as swaps and other derivatives. As a result, states Behnam, the CFTC is taking an outspoken role in tackling the issue of blockchain regulation, likening the organization to lawman gunslinger Wyatt Earp:

“We have been providing oversight in our markets, especially to make blockchain and other technologies more transparent and to ensure that the markets are free from fraud and manipulation.  It isn’t easy. Some people call this new technology ‘the Wild West.’ I guess my agency is the equivalent of Wyatt Earp in Tombstone.”

Keeping up with the rapidly evolving blockchain ecosystem can be difficult for slow-moving regulators. Regulation, states Behnam, is often behind the curve, with many countries unsure of how to address the growing momentum of digital assets.

However, blockchain technology can’t be avoided. Behnam emphasizes the transformative nature of distributed ledger technology, outlining the impact it will have on corruption:

“Technology could simply bypass corruption …  Virtual currencies could transform the economic and social landscape. It could mean a massive, and equitable, shift of wealth. Technology could be transformational, without a military take-over, civil war, or political or religious creed.”

The CFTC’s Role in Crypto Regulation

The blockchain, states Behnam, will transform wealth distribution, governance, health care, agriculture and even the CFTC itself. Moving forward, Behnam states that the CFTC will focus on ensuring exchanges that offer Bitcoin futures products are not susceptible to manipulation, working to make sure that exchanges possess sufficient capital to protect themselves.

While the CFTC will be working to eliminate fraud and manipulation within the virtual currency market, it will not be implementing regulatory oversight on virtual currency platforms or platform participants. This leaves registration requirements, transaction reporting, trading system safeguards, or surveillance and monitoring outside of the CFTC’s jurisdiction.

Behnamn’s overall stance, however, is pro-crypto, highlighting the positive impact of blockchain technology:

“Blockchain is more than technology: it is an advance that reaches out into every aspect of life.  We could use Blockchain to address the most basic, the most primal problems on our planet:  corruption, income distribution, poverty, food and health care.”