Alex Mashinsky allegedly ordered the trading team to sell hundreds of millions of dollars worth of Bitcoin, causing Celsius a $50 million loss. 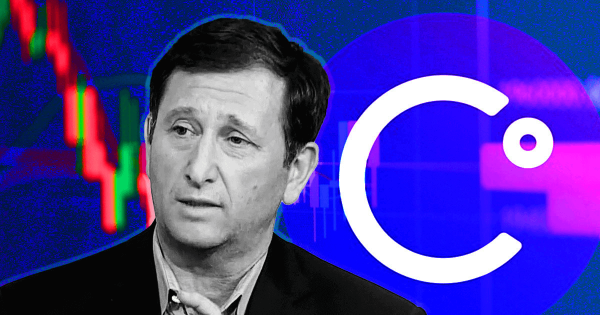 Alex Mashinsky allegedly took control of trading decisions at Celsius, which resulted in a $50 million loss in January, the Financial Times reported.

Following the U.S. Federal Reserve’s January 2022 meeting, Celsius CEO Alex Mashinsky allegedly stepped in to lead the firm’s trading strategy. In anticipation of a hawkish outcome and his conviction that crypto prices would crash, he ordered the trading team to sell hundreds of millions of dollars worth of Bitcoin. He failed to consult with internal finance experts and did not give due consideration to asses Celsius’ holdings.

“He was ordering the traders to massively trade the book off of bad information. He was slugging around huge chunks of bitcoin.”

The outcome of Mashinsky’s decision was that Celsius had to buy back the bitcoin a day later — recording $50 million in a loss. His trading decisions were allegedly based on his knowledge and intuition, with no outside expert guidance.

Mashinsky’s autocratic approach to handling the firm at the time caused internal clashes with Celsius chief investment officer Frank van Etten, who had to leave the firm in February, barely four months after joining.

Complications from Mashinsky’s trading decisions, mismanagement of $2 billion, and weak systems for tracking assets resulted in Celsius filing for bankruptcy in July. At the time, Mashinsky claimed that Celsius’ assets had grown faster than its ability to invest, making “certain poor asset deployment decisions.”

Alex Mashinsky has been indicted by several investigations as the cause behind Celsius’ collapse.

In an official statement, unsecured lenders of Celsius claimed that Mashinsky intentionally misled the public. According to the report, Mashinskyfalsely promised customers that their funds were safe through his public videos and messages, only to file for bankruptcy a month later.

The Department of Financial Protection and Innovation (DFPI) also indicted Mashinsky, following a cease and desist order to Celsius. Mashinsky, alongside his firm, was accused of providing incomplete information about the risk associated with using the interest-bearing “Earn Program.” As a result, many were informed about Celsius’s inability to fulfill large withdrawal requests before its bankruptcy filing.