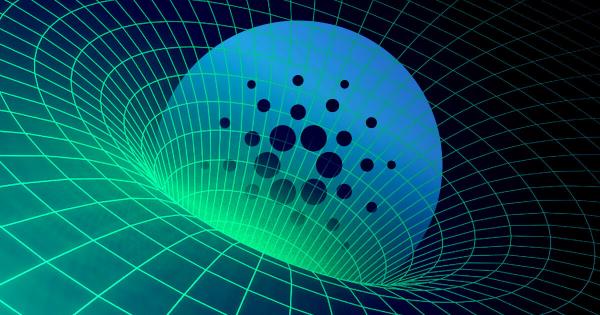 The official blog post by the team behind Cardano’s first ZK Rollup dubbed ‘Orbis’ revealed how the solution will allow the network to tackle those scaling problems Hydra won’t be able to solve.

ZK Rollups leverage computation and verification of transactions to be performed on a specialized off-chain network.

“We propose Orbis as the best possible scaling solution as it maintains all the core design principles of the Cardano blockchain while having the ability to scale the network to where it can safely host RealFi and DeFi applications at mass scale,” explained the protocol in a blog.

As Cardano’s dapp ecosystem and user base expands, the number of transactions that can be processed at any given moment is bound to scale–otherwise congestion issues will hinder the network’s growth.

ZK Rollups are Layer 2 solutions for increased scalability that, in short, bundle, or “roll-up,” a batch of transactions into a single “zero knowledge” proof.

With Orbis, like with other ZK Rollups out there, each batch generates a cryptographic proof, a so-called ZK-SNARK that is submitted on-chain to the Layer 1 and verified.

ZK-SNARKs stored on mainnet essentially prove that “for some set of inputs and some set of outputs, there exists a set of transactions which were signed by the relevant parties and which followed the rules of the relevant smart contracts,” explained the blog.

As such, Orbis could drastically increase Cardano’s transaction throughput, since the mainnet only records the inputs, the outputs, and the proof that those outputs resulted from the inputs in accordance to blockchain’s rules, the team behind the protocol explained.

Orbis features two main components–the off-chain system, or ‘Prover,’ and the co-called ‘Verifier,’ which is essentially an on-chain smart contract.

While Prover will construct ZK-SNARK proofs, Verifier will settle transactions on Cardano.

In its initial release, Orbis will launch with a single Prover operated by Orbis Labs, however, it is intended to transition into a fully decentralized, distributed stack.

According to the blog, “full decentralization of the prover means that there is no computer, individual or trusted entity which is a single point of failure,” and constitutes an “eventual goal and commitment of the project.”

Furthermore, Orbis will allow PlutusTx smart contracts to be easily ported over, and in addition, support new programming languages–Pluto and Plutarch–alternatives for writing on-chain scripts.

“We expect the general user and developer community on Cardano to find a familiar environment on the Orbis Layer 2 with more niche applications building their own bespoke rollup solutions which remain composable with other rollups and the underlying layer 2 Orbis,” concluded the blog, predicting a thriving and interoperable DeFi ecosystem built on Orbis.