Available data shows that the protesters frozen Bitcoin ended up in crypto exchanges like Coinbase and Crypto.com. 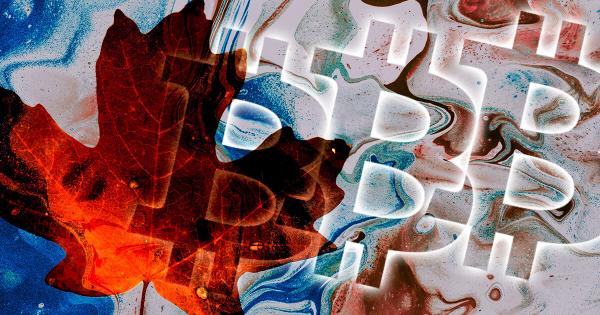 When cross-border truck drivers started protesting the government vaccination mandate on January 9th, no one expected it to last for over a month.

To end the protest, the Prime Minister invoked the Emergencies Act on February 14th. The Act not only allowed the government to freeze bank accounts of people connected to the protest but its provision was also extended to cover crypto exchanges and digital assets.

Effect of the Emergencies Act on crypto

Using the Emergencies Act, the Royal Canadian Mounted Police (RCMP) froze several bank accounts of those connected to the protests.

It also blacklisted about 34 wallets connected to the protest and sent the addresses to exchanges asking them to freeze assets in those exchanges.

However, it’s not only those who participated in the protest that has been victims of this financial surveillance. Even those who donated to the protest are affected.

Briane is a single mom from Chilliwack working a minimum wage job. She gave $50 to the convoy when it was 100% legal. She hasn’t participated in any other way. Her bank account has now been frozen. This is who Justin Trudeau is actually targeting with his Emergencies Act orders.

According to a member of the parliament, Mark Stahl, a single mother from his constituency, has now lost access to her account because she donated $50 to the protests.

Several individuals and organizations criticized the decision to invoke the Emergencies Act, claiming that it would only escalate the situation or the requirements for invoking it weren’t fulfilled.

Many stakeholders in the crypto space criticized this move by the government, calling it the weaponization of money.


100% yes it has/will happen and 100% yes, we will be forced to comply. If you're worried about it, don't keep your funds with any centralized/regulated custodian. We cannot protect you. Get your coins/cash out and only trade p2p.

In a tweet where he expressed his outrage, the CEO of Kraken, the second-largest crypto exchange in the US, criticized the move. He further stated that crypto exchanges would have no choice but to comply with government directives if asked to freeze their wallet.

However, he advised users to opt for self-custodial wallets to have full control of their assets. Brian Armstrong of Coinbase also echoed the same sentiments.

In response not the above, the Ontario Securities Commission stated that it has flagged these tweets and sent them to the RCMP, claiming that it might be calculated to evade the sanctions in place.

Despite blacklisting some wallets, on-chain data reveals that Bitcoin tied to these wallets has been transferred. Of the almost 20 BTC received through the Tallycoin fundraiser, only 0.11 BTC remains.

Also, most of the wallets blacklisted by the RCMP have been drained. The public ledger shows that portions of BTC from the Tallycoin wallets were sent to Crypto.com and Coinbase.

However, whether they’ve been cashed out remains unknown. This shows that the authorities cannot sanction a decentralized financial system directly. But they can target regulated companies such as crypto exchanges to prevent holders from cashing out these assets.

The move to censor crypto in Canada has further helped to increase interest and adoption. Data reveals that more people are now buying BTC in the country.

According to Coinglass, the flagship BTC ETF in the country, Purpose spot Bitcoin ETF has increased its holdings by 11.8% in the past two weeks.

At the same time, more Canadians are withdrawing their money from banks. Thus, the attempt to silence crypto exchanges and blacklist crypto wallets has only sowed a seed of distrust among residents.

With the government recently considering permanently retaining the financial surveillance provisions, crypto adoption is likely to grow further in Canada.