Bullish? Grayscale bought $500 million worth of Bitcoin in a single day

Grayscale purchased half a billion dollars worth of Bitcoin in the last 24 hours, according to Qiao Wang, an investor at DeFi Alliance. 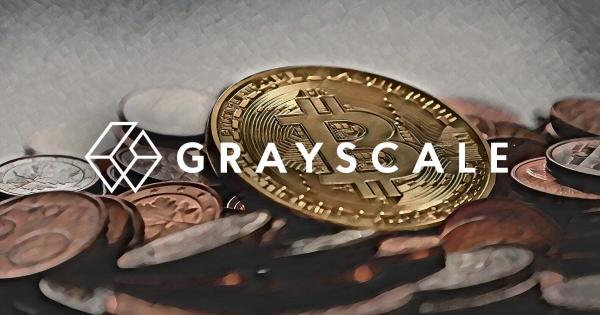 Grayscale purchased half a billion dollars worth of Bitcoin in the last 24 hours, according to Qiao Wang, an investor at DeFi Alliance.

The massive increase in Bitcoin inflows into Grayscale merely a week after they reopened their products to new investors is indicative of high institutional demand for BTC.

There are lackluster signs that suggest there is retail demand for Bitcoin and other major cryptocurrencies just yet.

The Kimchi Premium in South Korea has not returned to the levels seen in early 2018 and the trading volume of the Japanese cryptocurrency exchange market remains stagnant.

Although Binance and Coinbase saw a large uptick in volume throughout December and January, Wang noted that Coinbase’s ranking on the App Store dropped in the past week. He wrote:

“Grayscale bought half a billion dollars worth of #BTC today. Meanwhile Coinbase dropped from #20’s to #80’s in AppStore over the past week or so. Make of that what you will.”

Many other metrics suggest a similar narrative. In 2017 and in early 2018, there was a significant increase in the popularity of the keyword Bitcoin on Google Trends.

In recent months, the number of searchers for Bitcoin and other major cryptocurrencies have been relatively low, compared to the 2017 peak.

The mainstream or retail demand for cryptocurrencies has decreased even more so in the past week after BTC began to stagnate.

Altcoins, like Ethereum and DeFi tokens, have rallied, but there were no signs of a clear inflow of outside capital into the cryptocurrency market.

Hence, the rally was likely triggered by either sidelined capital within the cryptocurrency market or profits from BTC flowing into altcoins from investors looking for high-risk alternatives.

When would the bull trend resume?

On-chain analysts and traders believe that the next Bitcoin bull run would start when Coinbase outflows begin to soar.

Outflows from Coinbase typically indicate a high level of demand from high-net-worth investors in the U.S. market.

Outflows are considered a positive indicator for demand because high-net-worth investors or whales prefer to store their holdings safely in non-custodial or self-hosted wallets.

As such, when outflows from exchanges increase, it shows that investors are holding BTC with a long-term strategy in mind. Ki Young Ju, the CEO of CryptoQuant, explained:

But, until the outflows increase, there is an uncertainty that the price of Bitcoin would increase in the way that it did throughout late December and early January. The volume of BTC is substantially lower compared to the last few weeks, which is also a concerning sign.