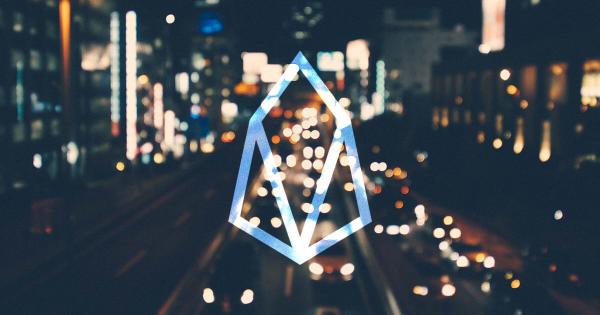 Block.one, an open-source software publisher, announced that it will start voting for EOSIO’s public blockchain upgrades. The move is seen as a way to address the growing concerns about the geographical centralization that EOS’s network is facing.

Block.one plans to get involved

EOSIO is one of the leading blockchain protocols designed to host decentralized applications (dApps) and decentralized autonomous corporations (DACs). It was launched on June 14, 2017, by Block.one, a Cayman Island-based company headed by two veterans in the industry, Brendan Blumer and Dan Larimer.

The platform is built on a delegated proof-of-stage (DPoS) consensus algorithm, which uses “token-holder voting” to govern the EOS network. EOSIO uses a system called approval voting, in which only the top 21 block producer (BP) candidates are allowed to produce blocks. The top BPs are elected by EOS token holders, who can cast their votes for up to 30 candidates. This allows the community to be directly involved in the development of the protocol.

“EOS block producers are elected by millions of accounts around the world [and] can be changed at any time by the voting majority. This makes EOS an incredibly aligned and efficient public network [linking] token holder interest to network governance more directly than ever before.”

Now, the firm feels the need to participate in the EOS governance to “better align and optimize network capability, geographical distribution, and security.” Block.one stated in a blog post that it will begin to play a “proportional role” to achieve these objectives.

“Block.one will participate publicly in the conversation and share and comment on ideas and proposals that we believe positively improve the governance, performance, and overall competitiveness of the EOS network,” reads the announcement.

At the moment, the Cayman Island-based company holds less than 10 percent of the total circulating supply of EOS tokens. This makes it a significant player in the block producer voting structure of the blockchain. Nonetheless, Block.one said that it would be focused on listening to what the community has to say to take their ideas into consideration. The firm advised those looking to contribute to use the hashtag #EOSGOV on social media to engage in the public debate.

A glimpse #EOSGOV on Twitter indicates that the community is most concerned about the voting framework of the protocol and REX, a resource exchange market.

Many people are asking for a “one token one vote” structure to be implemented on the EOSIO protocol. This means that a token holder should be able to vote for one block producer.

Under the current system, a BP can vote for 30 BPS; therefore, they can vote for themselves, and the rest of 29 votes can be traded. Even Block.one’s CEO Brendan Blumer has been outspoken about the importance of the introduction of the “one token one vote” mechanism for the selection of block producers. 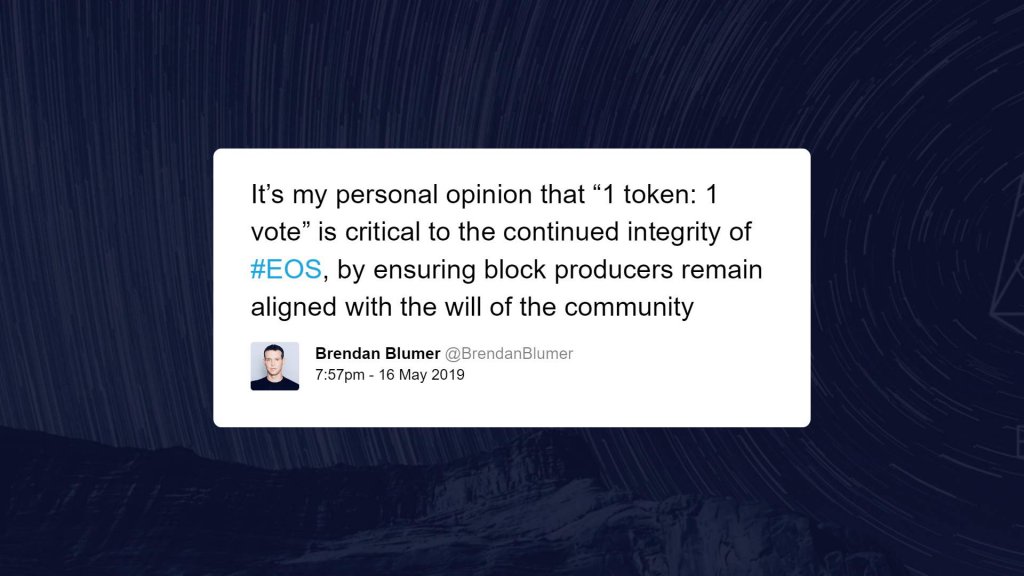 The second topic that most people in the EOS community are expressing through the hashtag #EOSGOV is about the 20 percent liquidity requirement in REX.

REX is a platform that allows the token holders to lease out their EOS tokens to dApps or others who need the resources. In a blog post, Blockstart, an incubator for developers, described that “the arbitrary limit” of 20 percent liquidity requirement in REX can lead to an abrupt stoppage of the loans.

“This [limit] led to major side-effects for the chain. Some dApps who have been leasing from REX and wanted to increase the stake could not do it. Some dApps who had planned very well and staking through REX for each of their user, they could no longer renew loans. And a user who did not pay attention and wanted to buy REX to make some transaction was told that he has to wait for the threshold to come down below 80 percent usage for him to be able to lease resources.”

This incident took place on Nov. 5 causing people to withdraw from REX as there was “no real reward,” added Blockstart. The CTO at Block.one, Dan Larimer, addressed why this issue happened, but the community now hopes that serious changes into the REX code can be made. 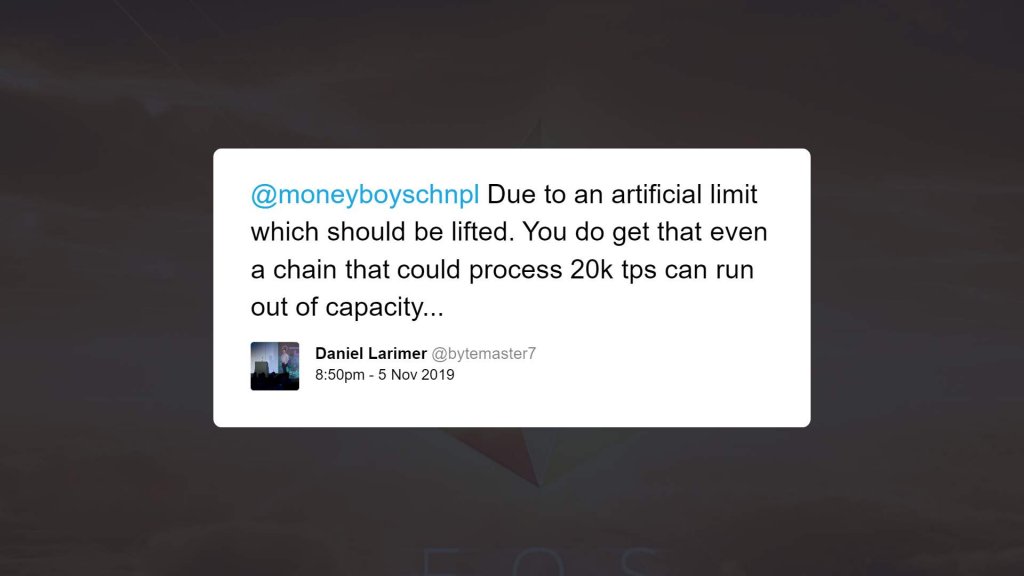 Block.one participation on the EOSIO’s public blockchain upgrades comes at a time when many have highlighted the importance of having distributed, decentralized, geographic, spread block producers around the world.

Brock Pierce, one of the principal EOS backers, talked about the importance of voter participation in August, emphasizing the amount of BPs coming from China.

Additionally, Redditor “ItsFlashtime” recently detailed the problems he found in the network in a lengthy Reddit post, saying the system is vulnerable to voter collusion. The user said that the top 30 block producers have become “concerningly” centralized.

Not only a large number of BPs who “haven’t given anything back” neither to the EOS network nor to its community have been voted into the top 21 and top 30 producers. But, 43 percent of them are from China and more than half of all the block producers are based in Asia.

The geographical closeness of such a large number of BPs has raised concerns in the EOS community since it could lead to the formation of interest groups that keep each other in power by trading votes. With Block.one getting involved in the governance of EOS, the community expects to see big changes that would lead to a more decentralized blockchain.