Brendan Blumer, the founder and CEO of Block.one, believes that blockchain technology has created a huge social movement that enabled real adoption to happen on an enterprise level. 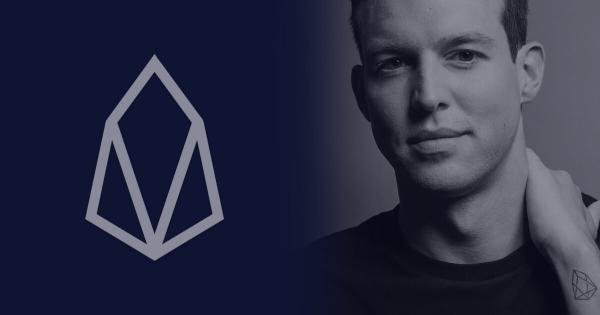 Brendan Blumer, the founder and CEO of Block.one, believes that blockchain technology has created a huge social movement that enabled real adoption to happen on an enterprise level.

During a panel at the Blocksberg Summit, Blumer shared his thoughts on EOSIO, Block.one’s ambitious blockchain project, saying the company’s goal is always to align with its user base.

Ever since its whitepaper was released, Bitcoin has been the building block of the crypto industry. The groundbreaking idea gave birth to thousands of other cryptocurrencies, most of which were created to be the next Bitcoin.

EOSIO, the ambitious blockchain project created by Block.one, isn’t one of them.

According to Brendan Blumer, the founder and CEO of Block.one, EOSIO wants to focus on expanding the use-cases for blockchain technology. During the Blocksberg Summit at Virginia Tech, where the idea of EOSIO was first conceived, Blumer discussed Block.one’s beginnings and shared his views on the current state of the blockchain industry.

In an engaging talk with CNBC’s Brian Sullivan, Blumer explained that the goal with EOSIO was to create a blockchain that was faster, cheaper, and more scalable than Bitcoin. He is, however, a big believer in Bitcoin and the value proposition it brought to the world. He said:

“I believe wholeheartedly that Bitcoin has really won that holy grail of store of value because the critical mass around it is just a massive value proposition as a whole.”

Nonetheless, comparing Bitcoin with other crypto and blockchain projects is comparing apples to oranges. When asked whether Bitcoin has won the “crypto war,” Blumer said that other platforms working on smart contracts and various types of product-driven tokens will be what brings the biggest benefit to the industry.

The crypto bubble has burst and left behind real interest

The great big crypto crash of 2017 led many to believe that any trust institutions might have had in the industry has been decimated. Blumer is much more optimistic in his predictions for the post-2017 crypto space, saying that the crash was an “unfortunate adjustment that was pretty much inevitable.”

However, remnants of the interest and awareness that created the bubble in the first place are still here, he said, and are helping create real adoption on the enterprise level. He cited the New York Stock Exchange’s Bakkt and Fidelity’s crypto offerings as clear examples of institutions realizing the potential the industry offers.

That potential is measured at an unprecedented growth rate, which IDC estimates at around 75 percent a year for the next five years. Blumer, on the other hand, thinks growth is going to be much more explosive than that.

“I think 75% is conservative in terms of looking at the real dollars at the bottom line of organizations outlying capital expenditure.”

One of the reasons why the industry could see an exponentially increasing growth year after year is that governments and financial institutions are yet to see blockchain’s true benefits. Embracing blockchain would allow any organization, be it a bank, a large corporation, or a national government, to have more transparency, less fraud, and more control over their money supply.

It’s only a matter of time before we see a government put their national currency on the blockchain, Blumer said, adding that it would effectively turn that currency into a development platform.

“The first groups to do so are going to get the benefit of all the developers building with blockchain technology integrating with their currencies because now the functionality they want—their currency supports.”

Putting everything, including government-issued fiat currency, on a blockchain creates an unprecedented degree of transparency. Not only would a more clear set of rules be set in place on how to navigate through the blockchain industry, but numerous other doors to innovation would be opened.

As a company, Block.one is trying to balance between radical innovation and slow, systemic adoption. Blumer said his main job is to find a healthy middle ground that meets the constraints of regulators, governments, big businesses, and entrepreneurs.

Brendan Blumer, one of the executives behind EOS, criticized Bitcoin’s slow transaction times, low transactions per second, and high costs per transaction (when inflation is considered). 2 min read

A screenshot of what appears to be a message from Block.one CEO Brendan Blumer reveals that he expects top social media influencers to be able to generate $50–100 million in revenue from Voice, EOS’s new social media platform. 3 min read