The Fed announces a 75 bps hike following the FOMC meeting, Bitcoin spikes to $20,700 in response but remains caught in a narrow trading band. The Fed presses ahead with hike program

Since then, additional pressure to maintain the tempo of rate hikes has come from a buoyant U.S. jobs market, up by 263,000 jobs for September, and the latest Bureau of Labor Statistics report showing worse-than-expected Consumer Price Index (CPI) data.

Bruce Kasman, the Chief Economist and Head of Global Economic Research at JPMorgan, recently told Bloomberg that job growth needs to slow to 100,000 a month for the next two to three months before the Fed can even consider taking its foot off the gas.

Kasman said, in his view, it is reasonable for the Fed to pause interest rates at 4-4.5%.

Before today’s announcement, expectations were for a 75 bps hike, making today’s hike a non-event, according to CryptoSlate Analyst James Van Straten.

Instead, Van Straten said the focus is on the next FOMC meeting, scheduled for Dec. 14-15. Based on this outcome, the market can gauge whether the Fed intends to slow down with the pace of rate increases.

Currently, the market is 50/50 on whether December’s decision will yield a 50 or 75 bps increase.

In the run-up to the rate announcement, Bitcoin began trending lower from a local top of $20,550. This was followed by a drop to $20,144 on the preceding 15-minute candle.

Once the announcement was made, Bitcoin moved to $20,700, making up for all of the previous losses. However, it remains to be seen whether this uptick can be sustained to break out of its narrow trading band. 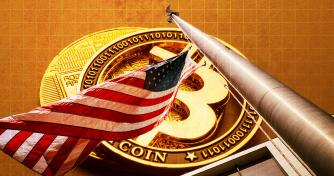 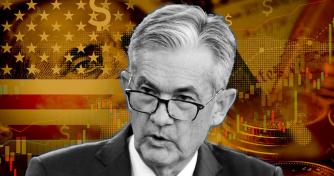 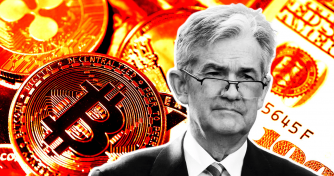