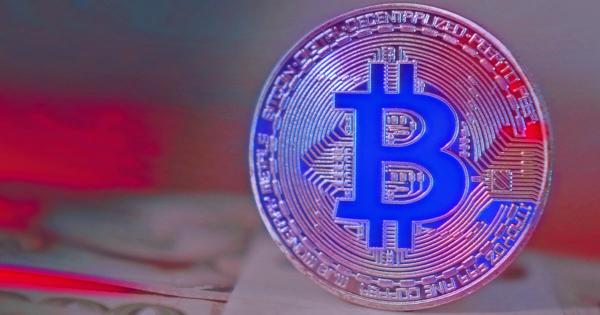 Bitcoin inched closer to its $61,711 all-time high price over the weekend amidst strong adoption and favorable sentiment for the world’s largest cryptocurrency by market cap.

Several companies have dipped into the asset last year, with names like business analytics firm MicroStrategy and electric maker Tesla picking up billions of dollars worth of Bitcoin each.

Such factors, coupled with the post-halving period (which historically results in higher prices), have seen Bitcoin surging from under $6,000 in mid-2020 to over $61,700 in February 2021.

As the below image shows, Bitcoin trades above its 34-period exponential moving average (EMA) as of press time, a sign the asset remains in a strong uptrend. The EMA is a popular tool used by traders to determine market trends and as a ‘dynamic’ support/resistance line.

Its previous ATH remains an area of “resistance”—or a price where traders/investors step in to take profits instead of holding on for better prices. Bitcoin, however, has been posting higher lows in the past month, showing investors continue to buy and accumulate the asset and that long-term sentiment remains bullish.

What does on-chain data say?

But despite the strong prices and uptrending charts, on-chain data from analytics provider IntoTheBlock, Bitcoin is now in ‘mostly bearish’ territory, meaning the asset could more choppy prices and profit-taking in the week ahead.

The ‘net network growth,’ a measure of new addresses and transactions that provide a glimpse into the true growth of the network, remained bearish with a -0.45% decrease. The number of ‘large transactions,’ or settlements above $100,000 on the Bitcoin network, slightly decreased by 0.12% as well.

At press time, the ‘bid-ask volume imbalance,’ or the volume of Bitcoin for sale/purchase at current prices, turned bearish with a -3.05% decrease, suggesting buyers were not looking to pay what sellers wished to get for their coins.

That said, however, Bitcoin futures showed a bullish sign as their volume, overall momentum, and price activity suggested traders expect a price surge later this week.

On the other hand, the “concentration” of Bitcoin holders—large holders either accumulating or reducing their positions—flashes a ‘neutral’ sign, suggesting overall market sentiment remains mixed among whales.